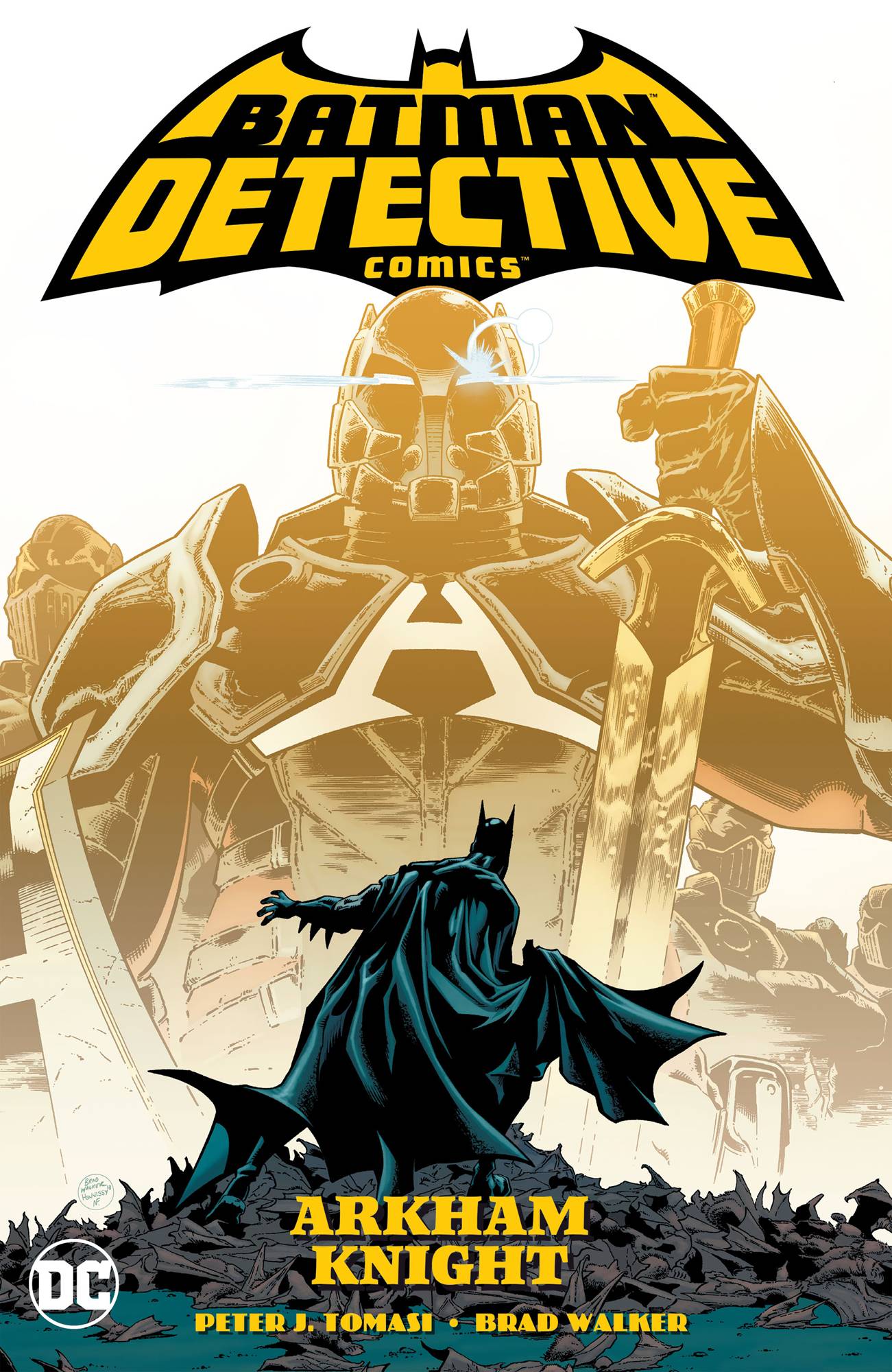 #
SEP190558
(W) Peter J. Tomasi (A) Doug Mahnke, Travis Moore, Max Raynor, Jaime Mendoza (A/CA) Brad Walker, Andrew Hennessy
After Batman's battle with the Arkham Knight, things only get worse when one of his allies jumps into the fray and ends up in way over their head! Damian was so certain he could succeed against the Arkham Knight where his father failed-and not only was he wrong, but the Knight has a surprising plan for the son of Batman! And when the face behind the mask is finally revealed, we'll learn who's taken up the mantle of the Arkham Knight. Collects Detective Comics #1001-1005, Annual #2 and a story from Detective Comics #1000.
In Shops: Dec 11, 2019
SRP: $24.99
View All Items In This Series