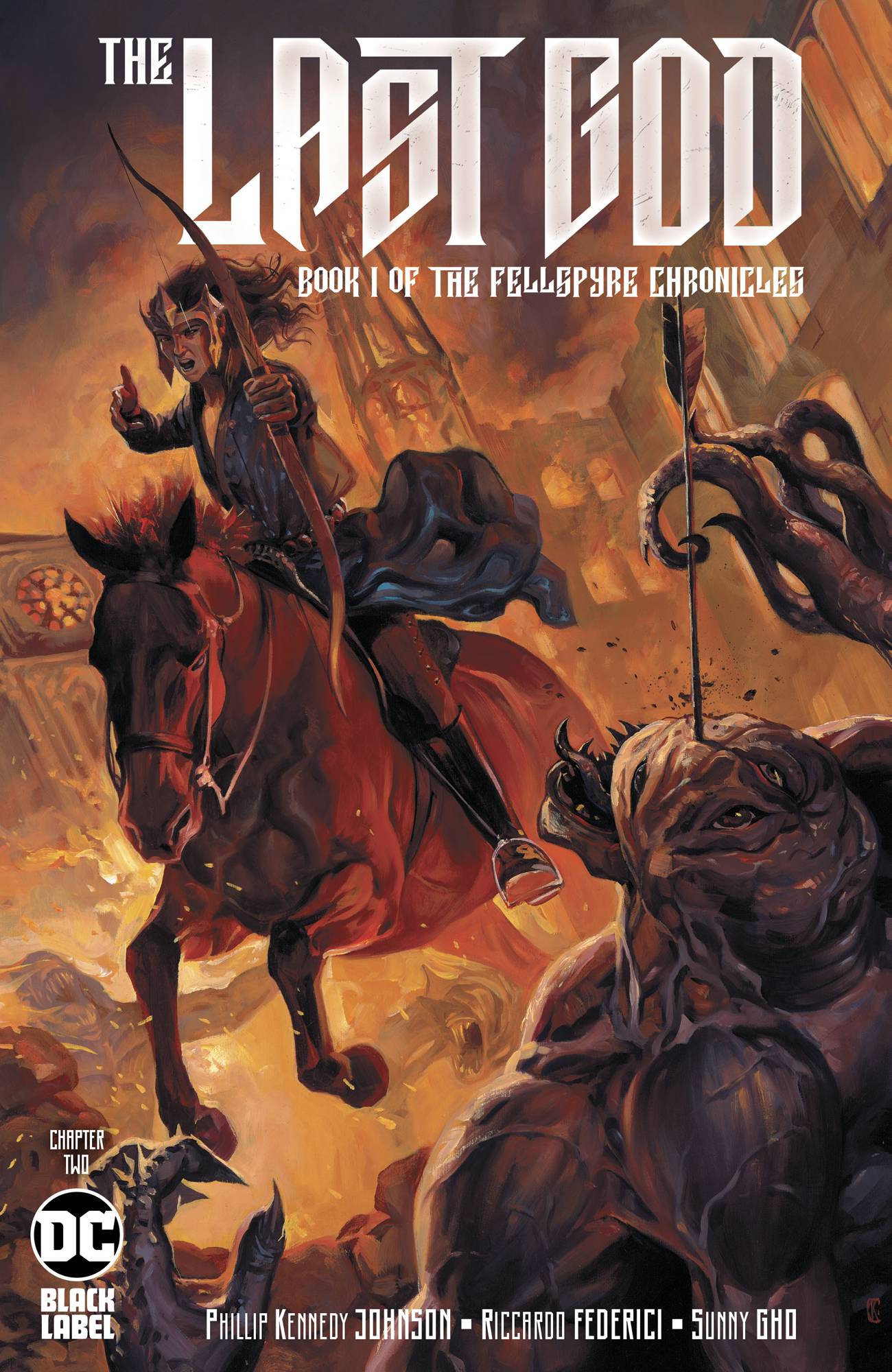 #
SEP190524
(W) Philip Kennedy Johnson (A) Ricardo Federici (CA) Kai Carpenter
Beyond the edge of creation lies the Black Stair. And beyond it, amid the void, he waits. Mol Uhltep, the Last God. This is the tale of those who claimed to slay him, and the world they doomed with their lies.
As the horrifying forces of the Last God descend upon the city of Tyrgolad, our intrepid heroes-Queen Cyanthe, Eyvindr, and Veikko al Mun-must either defend or escape their crumbling stronghold and contend with dark legacy left behind in King Tyr's wake. But with every second, the undead army of the Last God adds more bodies to their numbers. None are safe.
In the past, we witness the tragic and violent beginnings of the first fellowship, as young Tyr and Cyanthe meet under terrible circumstances.
All this and more in the second chapter of DC's dark fantasy epic The Last God.
In Shops: Nov 27, 2019
SRP: $4.99
View All Items In This Series
ORDER SUBSCRIBE WISH LIST