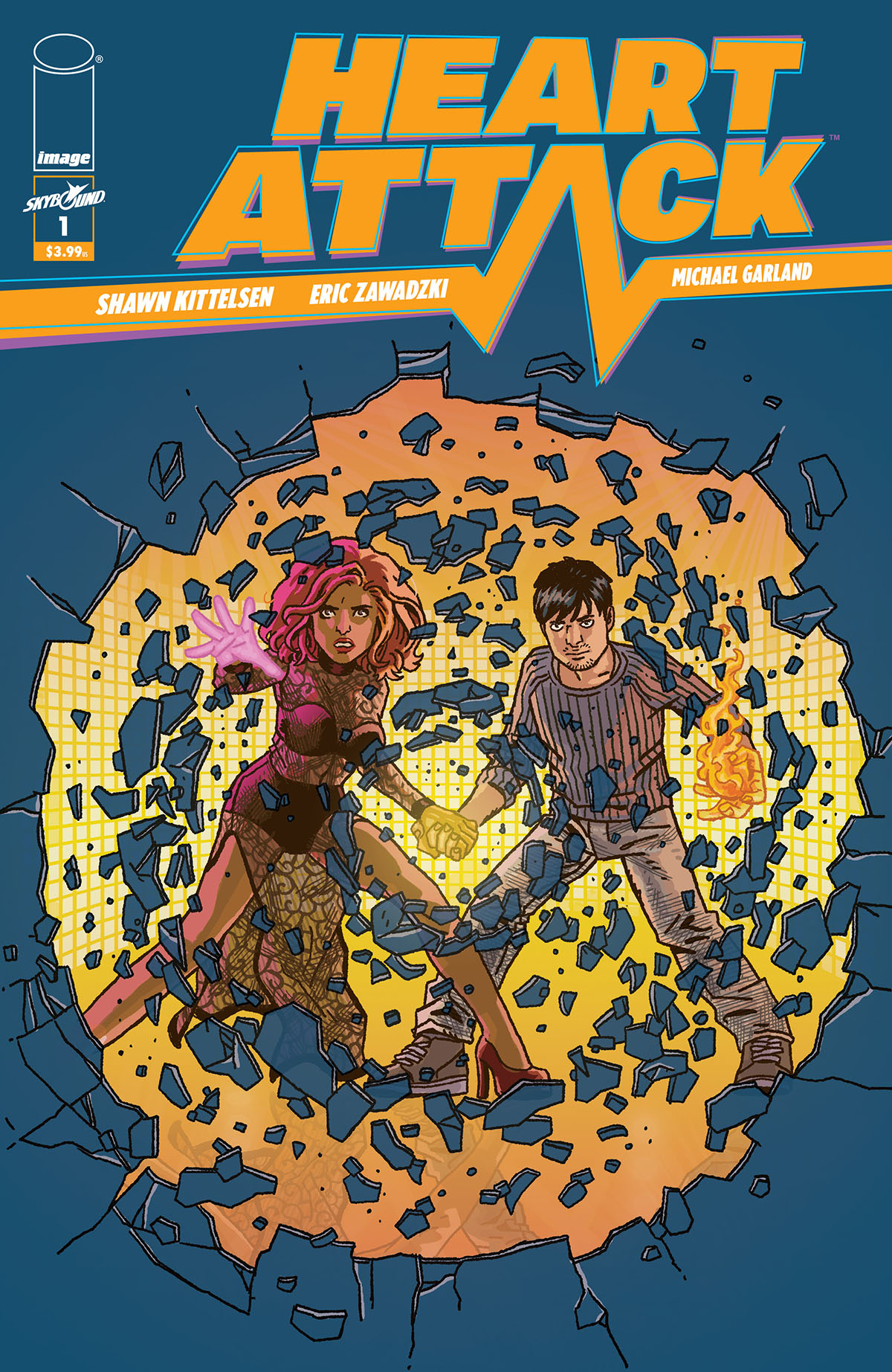 SEP190037
(W) Shawn Kittelsen (A/CA) Eric Zawadzki
SERIES PREMIERE! Superpowers and teenage romance collide in the newest Skybound original by SHAWN KITTELSEN (Mortal Kombat 11) and ERIC ZAWADZKI (The Dregs, Eternal)!
Gene therapy has saved Americans from disease-only to give birth to Variants: people with powers so unique, the government denies their human rights. But a rebellion has begun...
Charlie North is on the run from the police when he crosses paths with Jill Kearney. Instant attraction becomes mass destruction when they unlock powers neither knew they had. Now, the question isn't how to use them-but how far they're willing to go.
In Shops: Nov 20, 2019
SRP: $3.99
View All Items In This Series