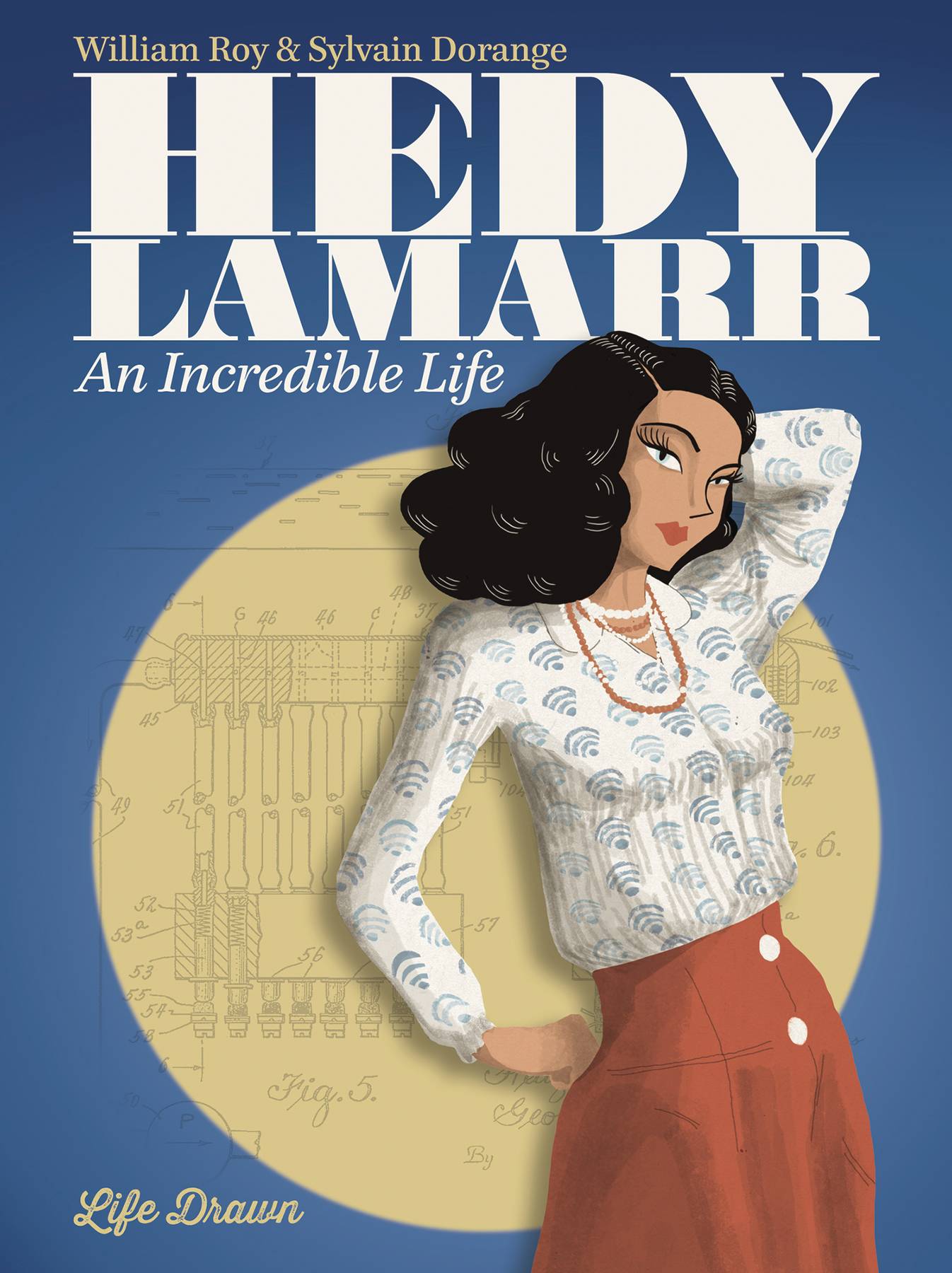 #
SEP181837
(W) Roy William (A/CA) Sylvian Dorange
From a childhood filled with curiosity and ambition despite the stereotypes imposed on her, to an abusive marriage that she ingeniously escaped from, to finding her way to stardom in the City of Angels in the face of rampant sexism and harassment, Hedy Lamarr would not only become a glamorous star of the Golden Age of Hollywood, alongside icons like Judy Garland and Clark Gable, but also an unparalleled inventor. She would fashion designs to revolutionize the planes built by Howard Hughes, and come up with a secret communication system that helped the Allies against the Nazis, a technology that would become the blueprint for what we know today as "Wi-Fi." A visionary that never feared going after her goals and defied convention at every turn, Hedy Lamarr was a true woman of wonder.
In Shops: Nov 14, 2018
SRP: $19.95
ORDER WISH LIST