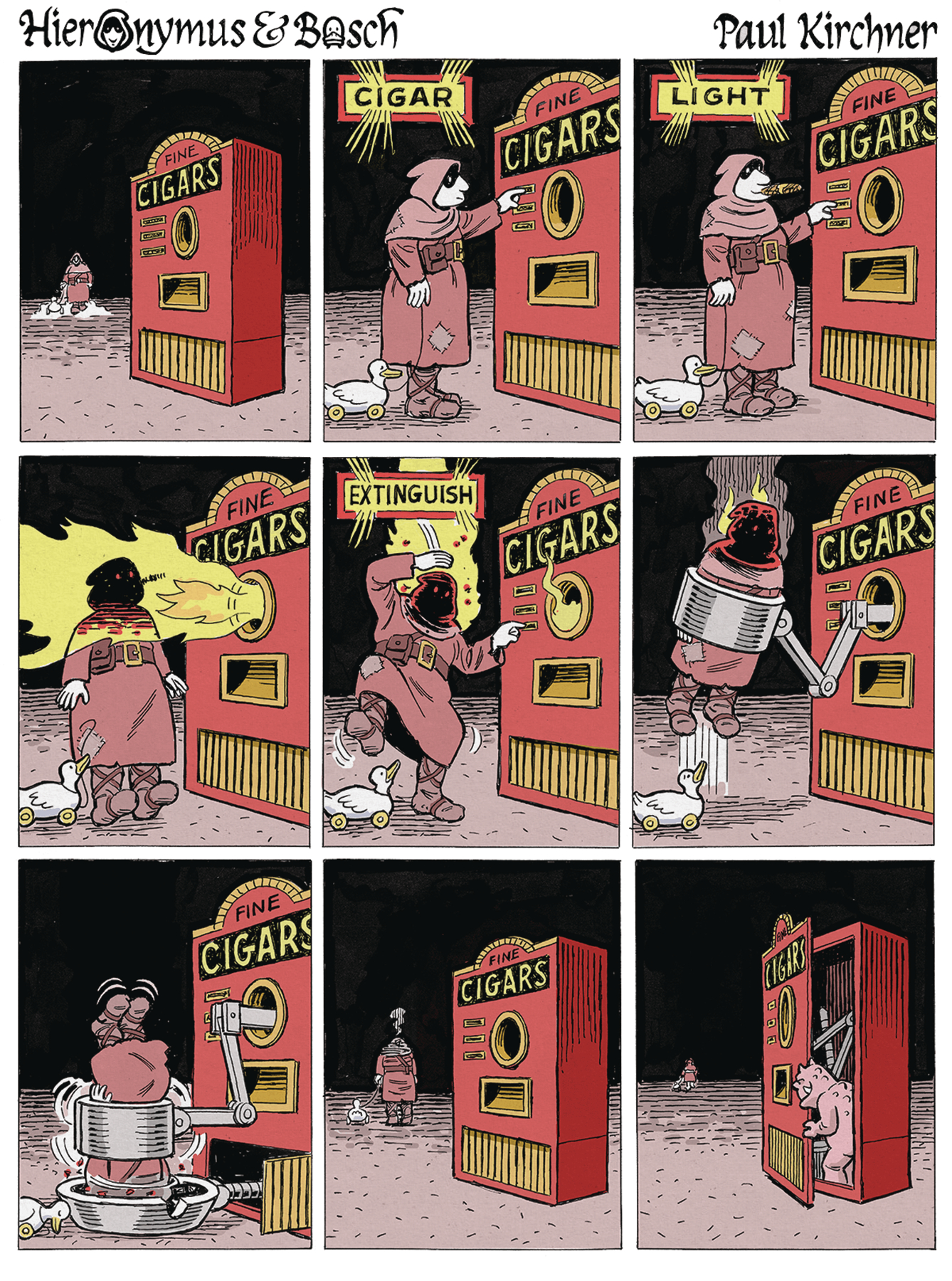 SEP181770
(W) Paul Kirchner (A/CA) Paul Kirchner
Meet the medieval miscreant Hieronymus and his wooden duck Bosch. Since their tragic-comic death they are both living in a cartoonish Hell where lakes are made of lava (or, more often, poop) and an army of mischievous spiky-tailed devils go around playing pranks on their inmates. Despite many gag-filled attempts at escaping this literal hell, Hieronymus and Bosch always end up being the butt of their guards' most humiliating and painful jokes. This book puts together about a hundred one-pagers filled with hilariously surrealistic and scatological gags by American comic book artist Paul Kirchner, inspired as much from medieval depictions of Hell as from the zany humor found in Warner Bros. cartoons such as the Road Runner Show.
In Shops: Dec 05, 2018
SRP: $27.00