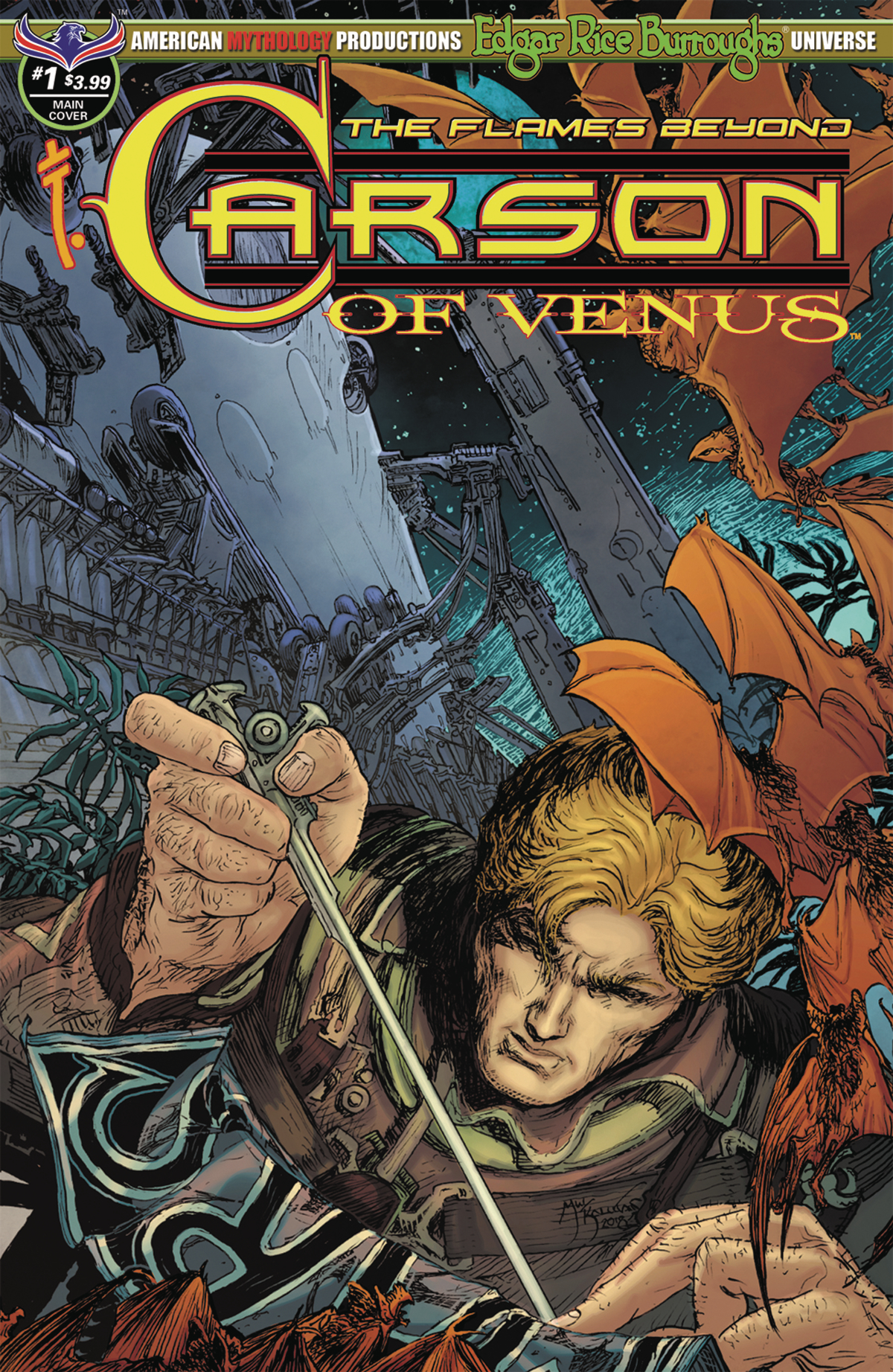 SEP181419
(W) Carey Christopher Paul (A) Cyrus Mesarcia (CA) Michael William Kaluta
Carson of Venus faces his most epic adventure yet in The Flames Beyond. Carson Napier and his love Duare believe they have at last found a refuge from the dangers of Amtor in the peaceful city of Sanara, where Carson is the adopted son of the jong of Korva. But when Carson and Duare's element-powered airplane is attacked by a flock of raging angan bird-warriors, they find themselves caught in the web of Varlek Sar, a power-hungry scientist from the technocratic dystopia of Havatoo. Carson of Venus The Flames Beyond #1 comes with three covers - Main by legendary comic artist Michael Kaluta, Variant by Cyrus Mesarcia, and limited-edition B&W cover also by Kaluta.
In Shops: Jan 09, 2019
SRP: $3.99
View All Items In This Series