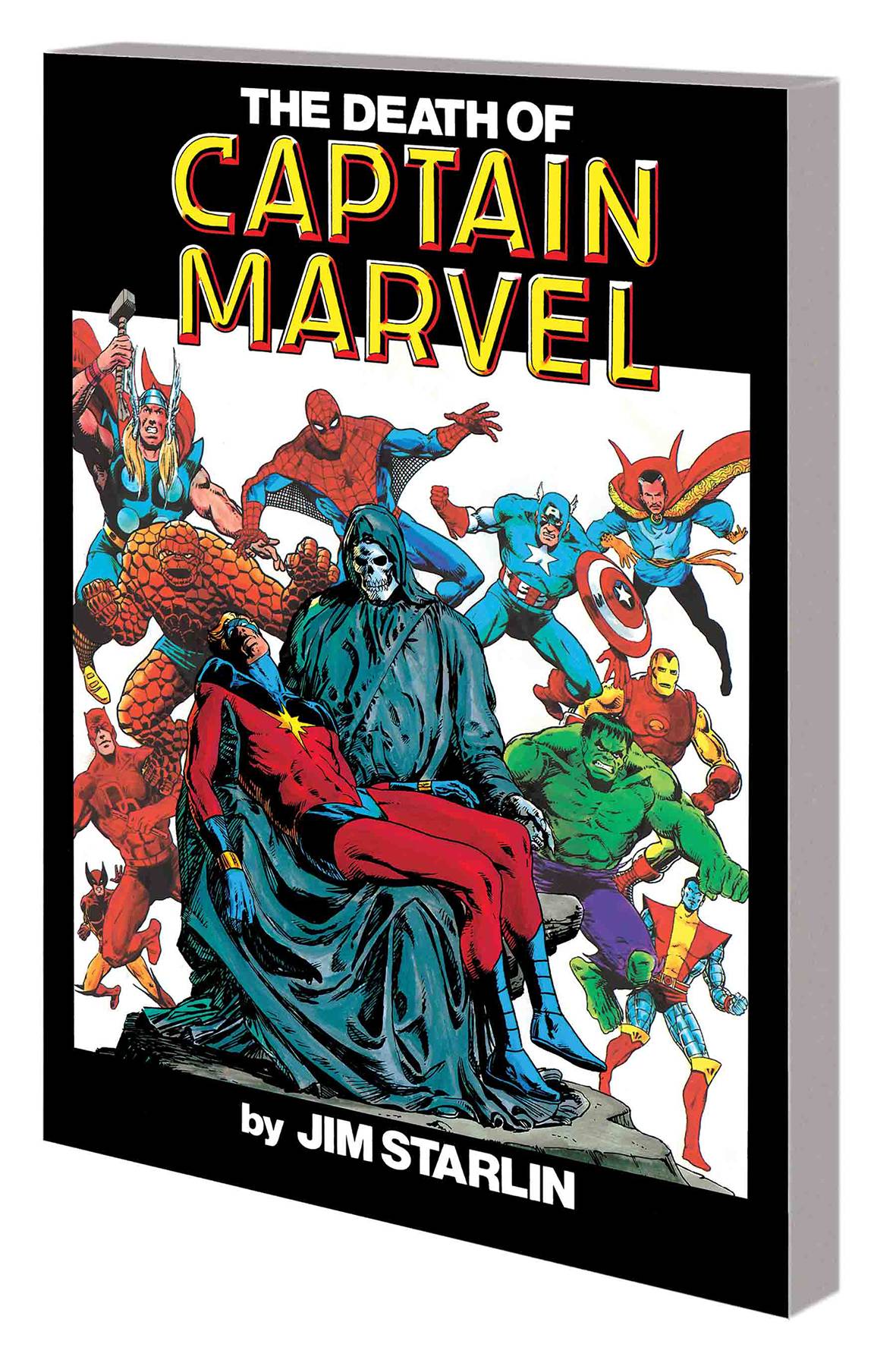 #
SEP181033
(W) Stan Lee, Roy Thomas, More (A) Gene Colan, Pat Broderick (A/CA) Jim Starlin
As Protector of the Universe and de facto defender of Earth, the Kree Captain Mar-Vell has triumphed over foes large and small. But when Mar-Vell is diagnosed with cancer, he finds himself face-to-face with a foe that even his vast might can't defeat - and both he, and a universe that loves him, must rally together to accept the inevitable. Plus: The classic adventures that introduced Mar-Vell, the seminal battle with Nitro that began his descent into illness - and, in the midst of a battle against Titan's planet-sized computer system, corrupted by Thanos' madness, witness the budding romance between Mar-Vell and his true love Elysius! Guest-starring the Avengers, the X-Men, the Fantastic Four and more! Collecting MARVEL SUPER-HEROES (1967) #12-13, CAPTAIN MARVEL (1968) #1 and #34, MARVEL SPOTLIGHT (1979) #1-2 and MARVEL GRAPHIC NOVEL #1: THE DEATH OF CAPTAIN MARVEL.
Rated T+
In Shops: Jan 02, 2019
SRP: $19.99
ORDER WISH LIST