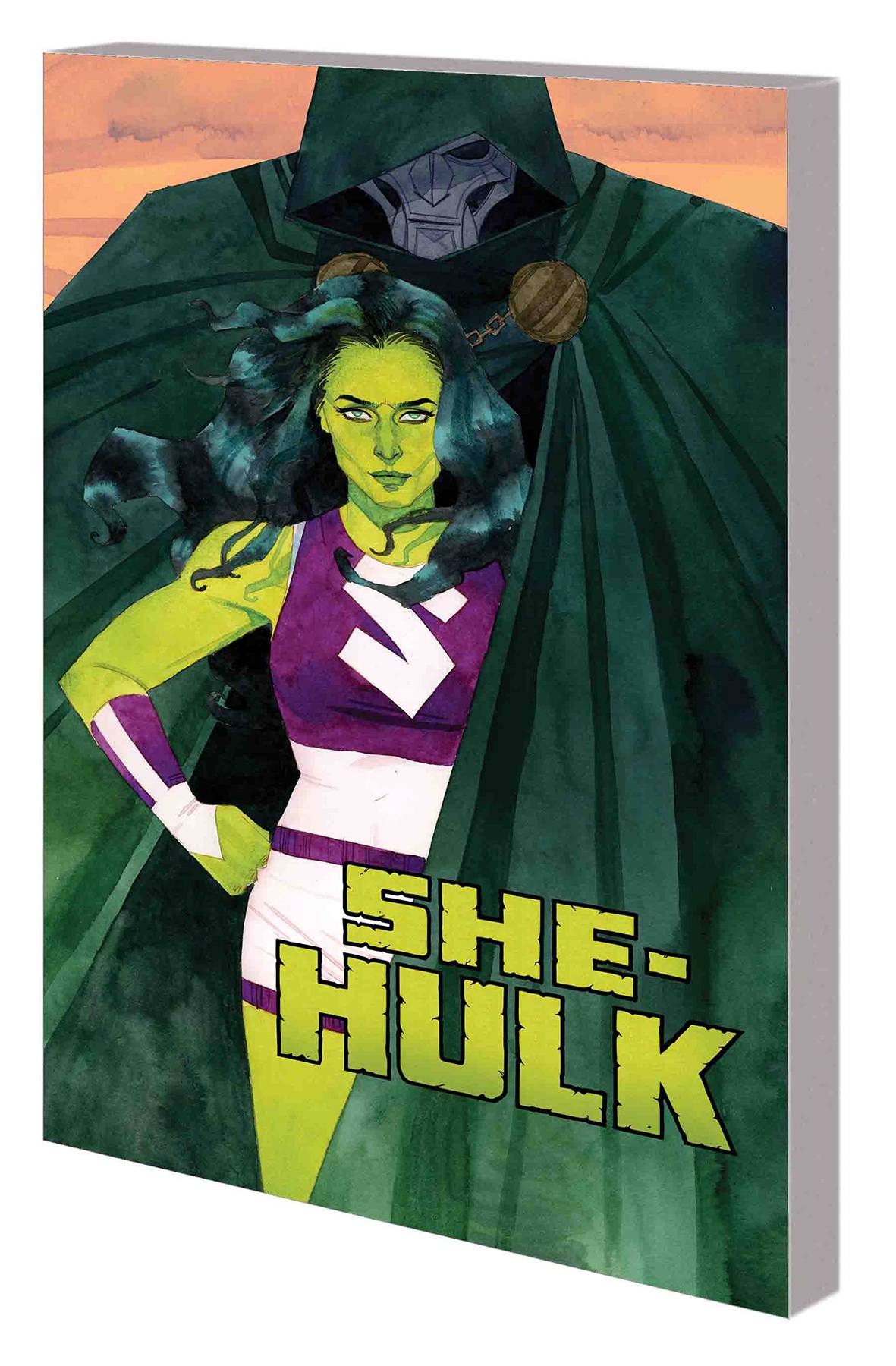 #
SEP181030
(W) Charles Soule (A) Javier Pulido, Ron Wimberly, More (CA) Kevin Wada
Writer Charles Soule brings his legal expertise to Jennifer Walters, attorney at law - A.K.A. the sensational She-Hulk! With a solo law practice, a new paralegal who is far more than she seems and a mounting number of personal enemies, Jen might have bitten off more than she can chew! Especially with clients like Kristoff Vernard, son of Doctor Doom - and Captain America himself! Meanwhile, She-Hulk and Hellcat must uncover the deeply buried conspiracy found in the mysterious Blue File! And when someone important to Jen is killed, she won't let it stand - but who can she trust? Giant-Man lends a big hand - and Jennifer Walters takes on Matt Murdock in the Marvel trial of the century! Plus: Titania! Deadpool! And will She-Hulk's holiday party spell the end of her practice? Collecting SHE-HULK (2014) #1-12, WOLVERINES #13 and material from GWENPOOL SPECIAL #1.
Rated T+
In Shops: Dec 19, 2018
SRP: $34.99
ORDER WISH LIST