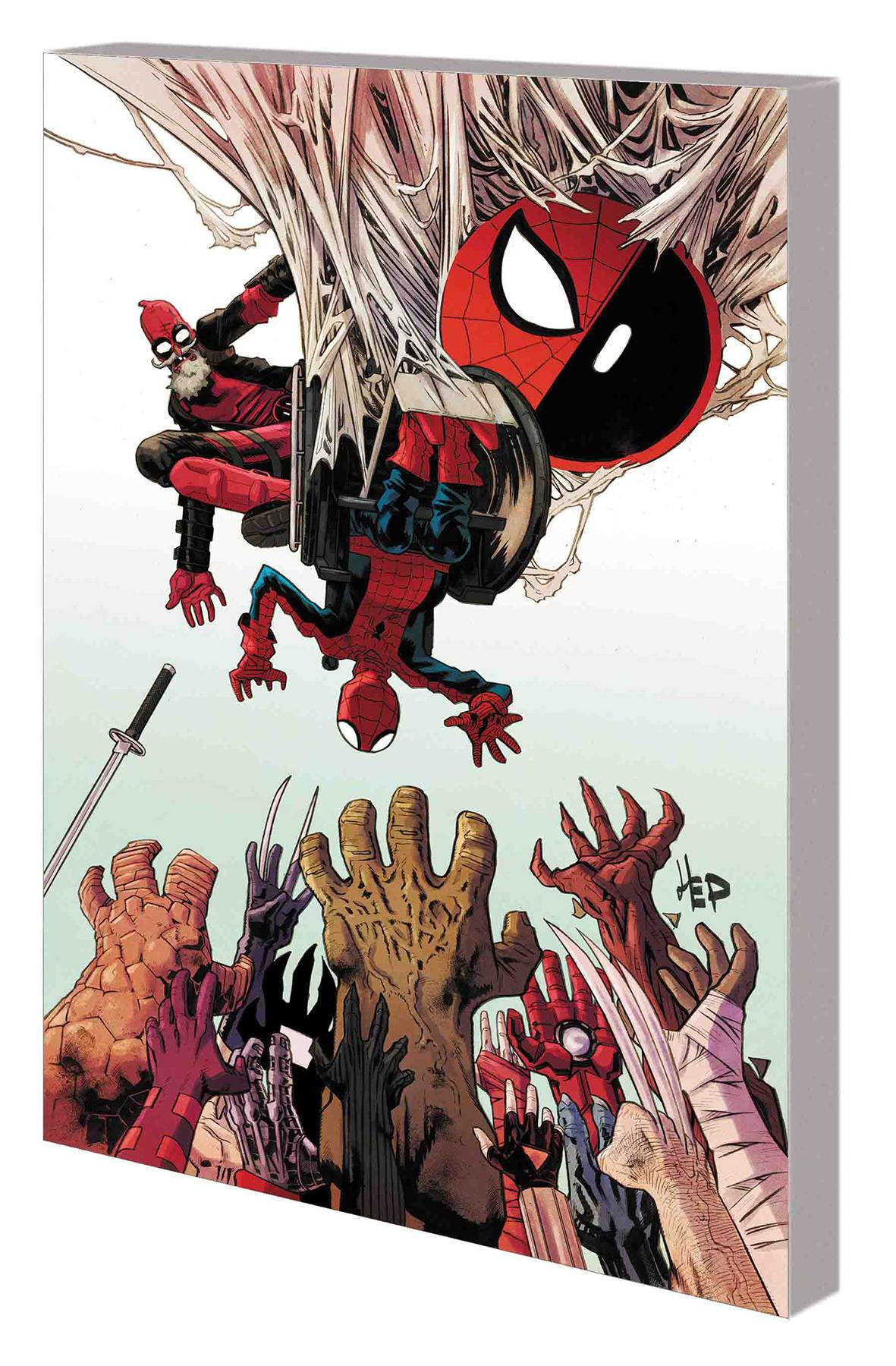 #
SEP181017
(W) Robbie Thompson (A) Scott Hepburn, Flaviano, More (CA) Dave Johnson
It's the Planet of the 'Pools! But what dark technology from the secret recesses of S.H.I.E.L.D. history powers this army of LMD-eadpools? And what does it have to do with Mary and Richard Parker, the Amazing Spider-Parents? Just when you thought you could trust that those two people were without blemish, Deadpool somehow ruins them, too. Plus, to defeat the Faux-pool who took his ability to walk, Old Man Parker will have to make a decision that alters his future - and our present! And meet the Master Matrix: They might be the most powerful android on Earth - but they're a total amateur at personhood. Who better to teach them how to be a human being than Spider-Man and Deadpool? Master Matrix stars in "My Two Super-Dads" - and this dysfunctional family is heading for the Savage Land! Collecting SPIDER-MAN/DEADPOOL #34-39..
Rated T+
In Shops: Nov 28, 2018
SRP: $17.99
View All Items In This Series
ORDER SUBSCRIBE WISH LIST