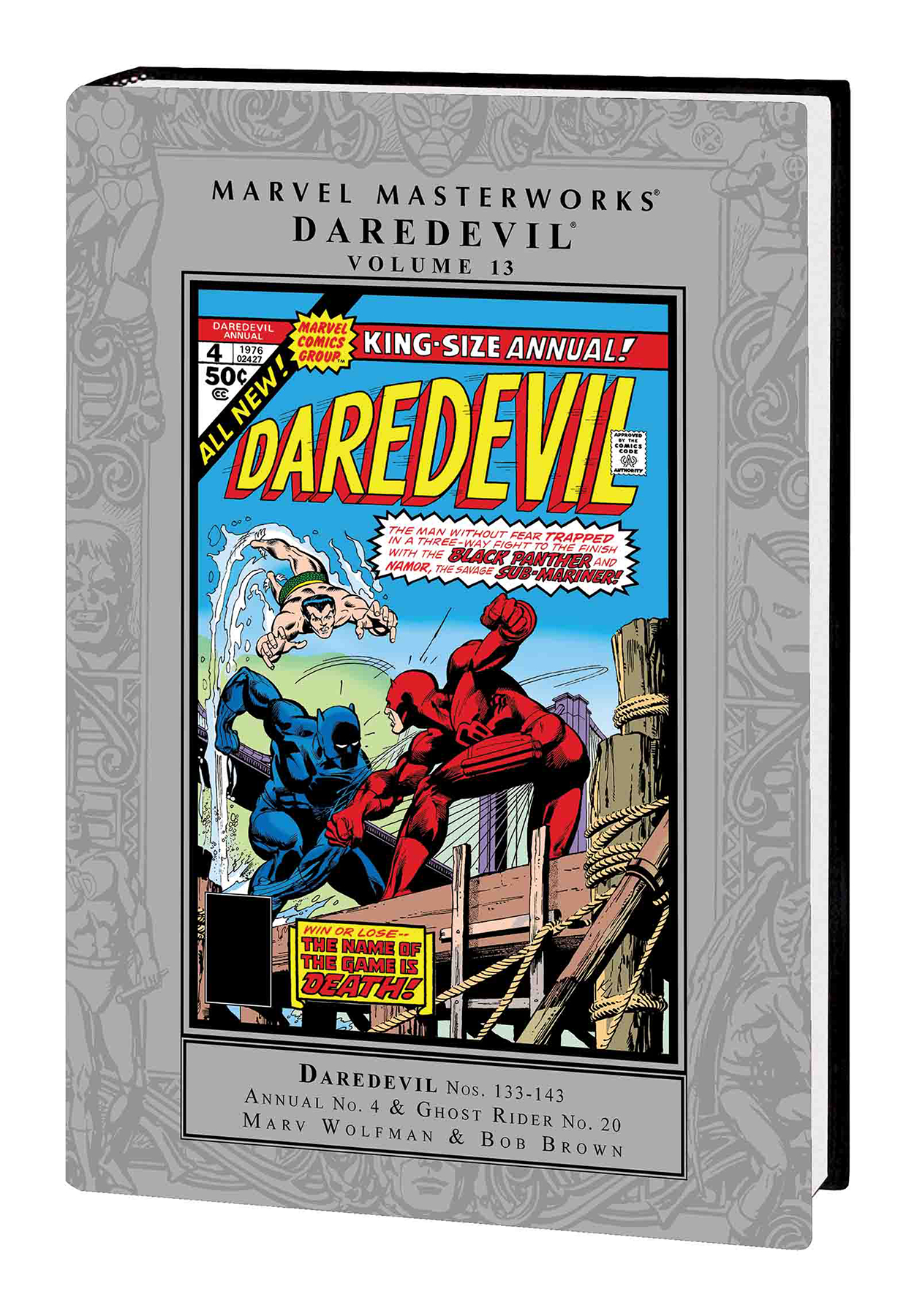 SEP181001
(W) Marv Wolfman, Bill Mantlo, More (A) Bob Brown, John Buscema, More (CA) Gil Kane
Matt Murdock may be the Marvel Universe's most famous lawyer, but when the Jester frames Daredevil for murder, the verdict is guilty - and the sentence is death! With New York City turned against him, President Ford calling citizens to take up arms against super heroes and a noose around his neck, how will DD get out of this one? Then, Karen Page's disappearance sends Daredevil to Los Angeles in a crossover adventure with Ghost Rider penciled by John Byrne! And as Matt's romance with Heather Glenn continues to grow, his investigation into her father's business draws disturbing conclusions! Plus Torpedo's return, a Daredevil/Black Panther/Sub-Mariner team-up, the Gladiator and Beetle's attack on Grand Central Station...and the one and only Bullseye! Collecting DAREDEVIL (1964) #133-143 and ANNUAL #4, GHOST RIDER (1973) #20, MARVEL PREMIERE #39-40 and material from GHOST RIDER (1973) #19.
Rated T
In Shops: Apr 03, 2019
SRP: $75.00
View All Items In This Series