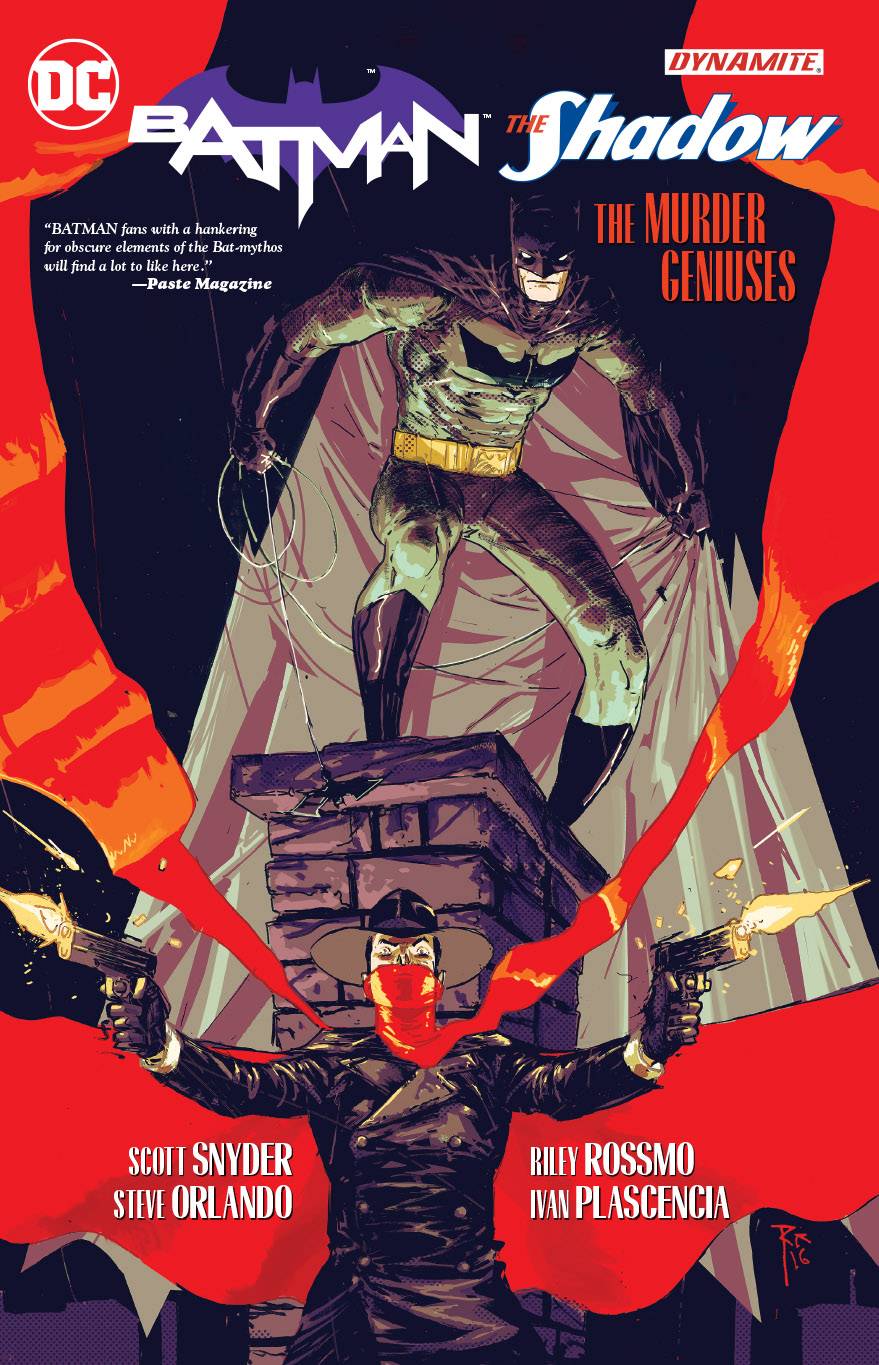 #
SEP180557
(W) Scott Snyder, Steve Orlando (A/CA) Riley Rossmo
While investigating the murder of a Gothamite, Batman identifies his prime suspect as Lamont Cranston. But there are two problems with that: first, Batman is not aware of Lamont's alter ego as the master detective known as the Shadow; second, and more importantly, Cranston seems to have died over half a century ago! Collects BATMAN/THE SHADOW #1-6.
In Shops: Jan 02, 2019
SRP: $16.99
ORDER WISH LIST