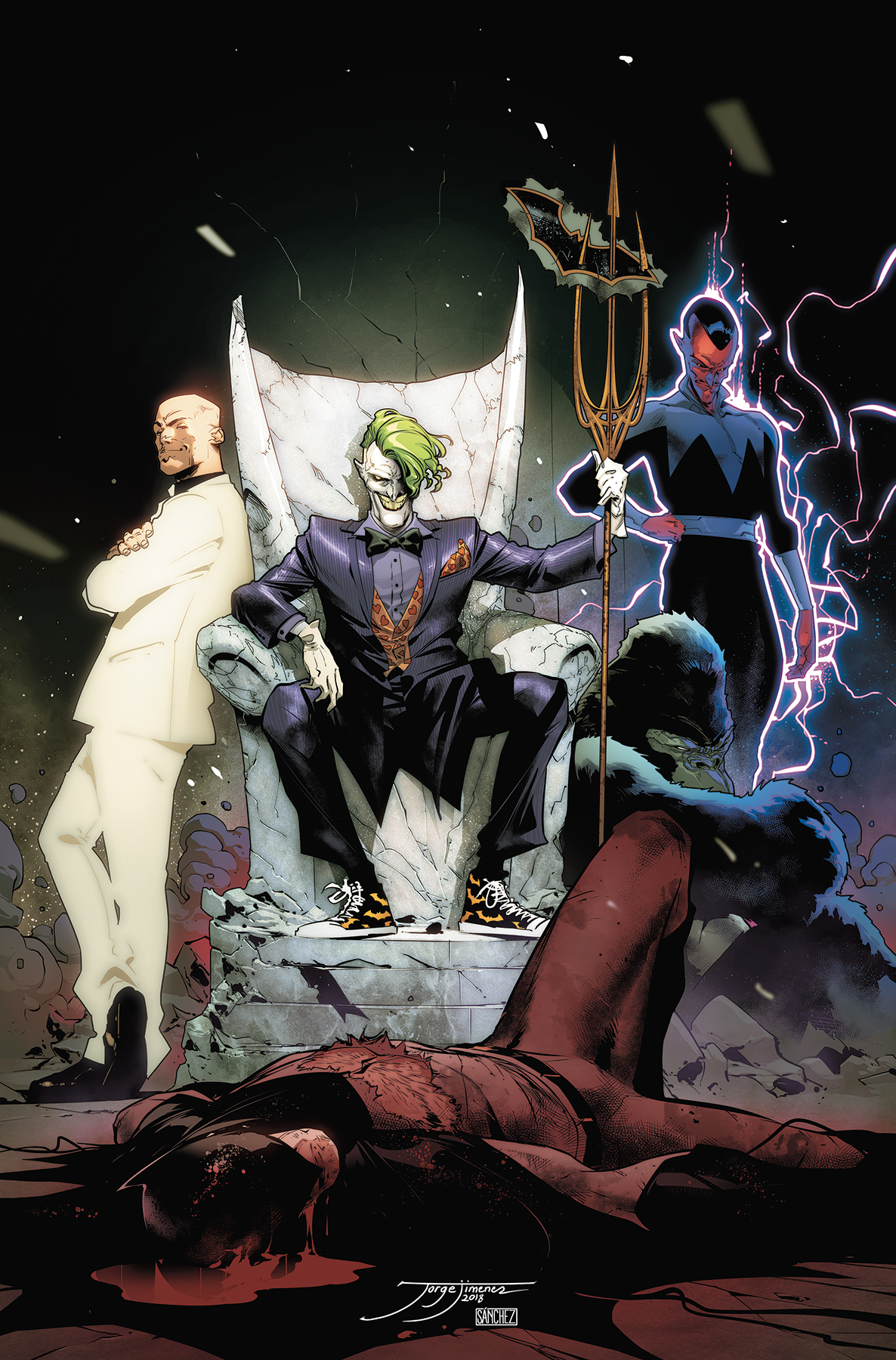 SEP180418
(W) James TynionIV (A) Frazer Irving, Bruno Redondo (CA) Jorge Jimenez
"DROWNED EARTH" part three! It's Batman, in a full-body cast, versus the Legion of Doom! Get a ringside seat for the craziest fight in comics as a bedridden Batman battles The Joker, Lex Luthor, Gorilla Grodd and Sinestro! Meanwhile, Aquaman locks tridents with Poseidon and Mera discovers an ancient secret that could change the fate of Atlantis-and the entire Earth-forever!
In Shops: Nov 21, 2018
SRP: $3.99
View All Items In This Series