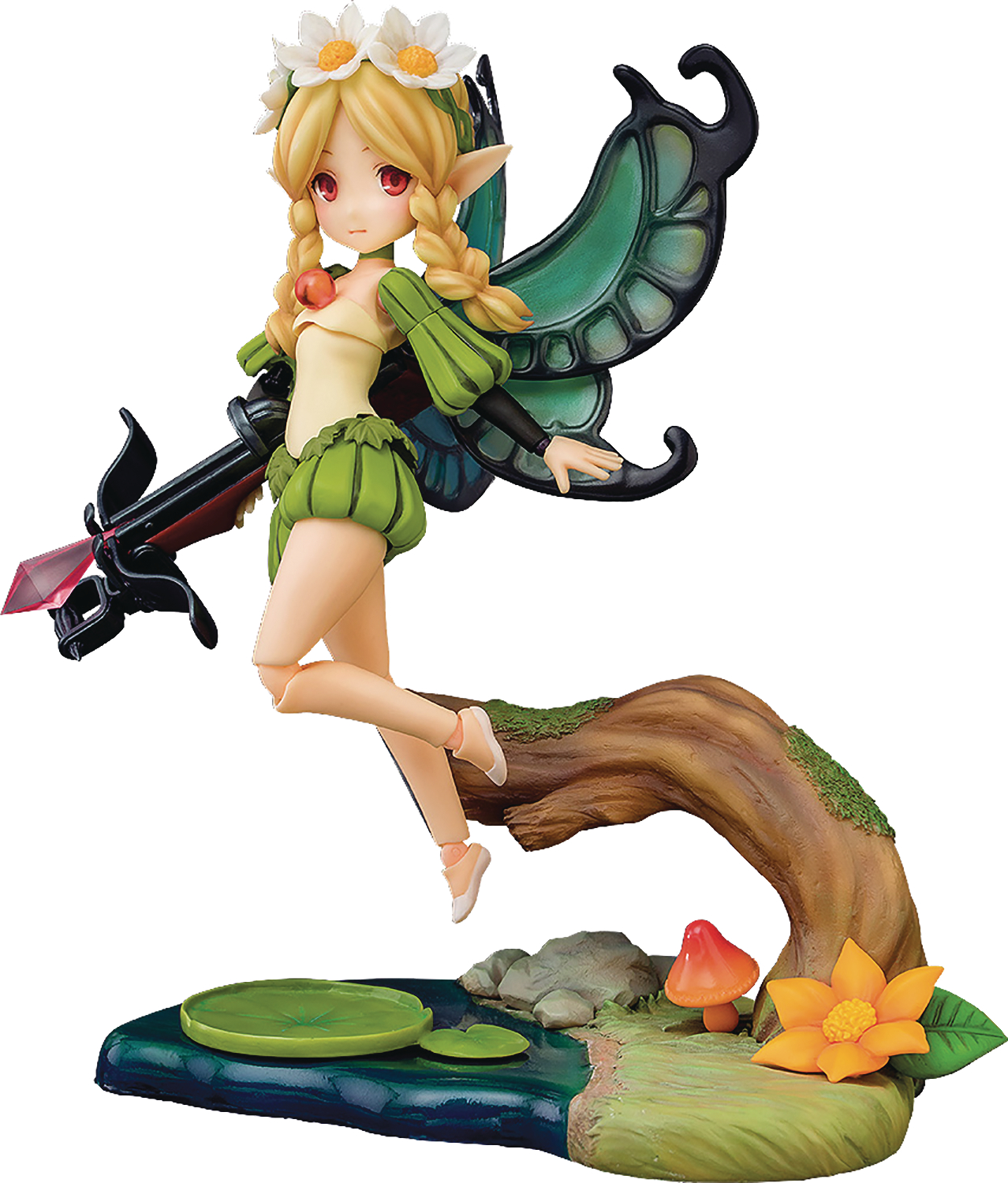 SEP178049
From Phat! The tiny Queen of Fairyland. Phat! Company teamed up with the garage kit dealer 'RyunRyunTei' Toona Kanshi to codevelop a new generation of action figures known as the Parfom series! The next figure to join the series is the second character from the popular 2D action RPG Odin Sphere Leifthrasir, Mercedes! The figure includes her Psypher crossbow and arrow which makes use of translucent parts for a faithful rendition of the in-game design. The wings on her back can be opened outward left and right and the lower part can also be moved up and down. She comes with three face plates including a forward facing standard expression, a right-racing shouting expression and a smiling expression. A special diorama base in the image of a lake shore in the forest is also included to bring out the atmosphere of the game even more.