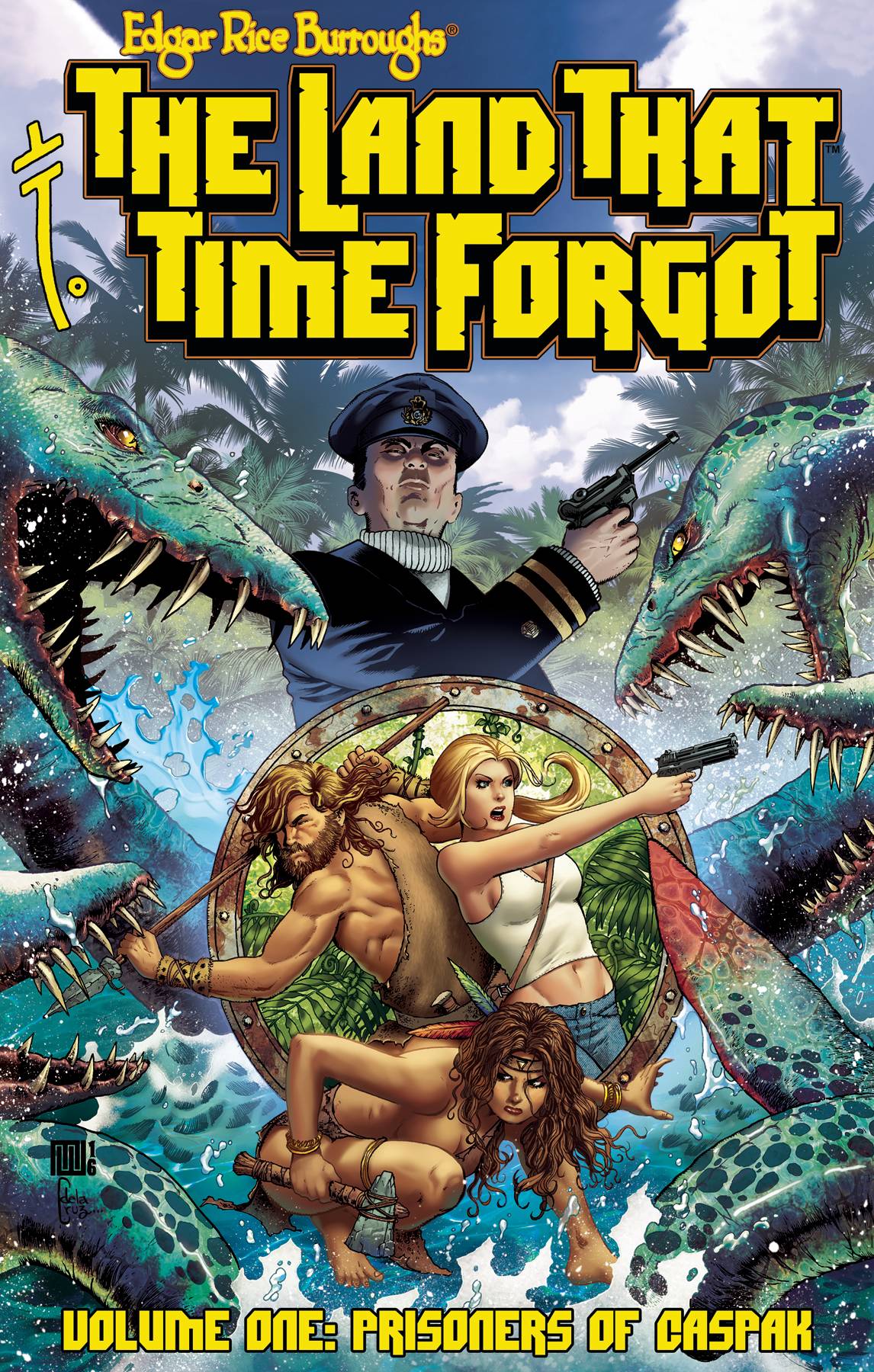 #
SEP171121
(W) Mike Wolfer (A) Giancarlo Carracuzo (CA) Mike Wolfer
One hundred years ago, ship-builder Bowen Tyler, a handful of British allies, and the crew of the German U-33 submarine were lost at sea, drifting near the Antarctic Circle. What they discovered was something that defied time, and all of known science: the island of Caspak! Hidden inside impregnable rock walls lay a prehistoric world, filled with terrifying creatures, man-eaters from every era of time, and races of savage, murderous primitives from each rung of the evolutionary ladder. Somehow, the island was never again found, and the stories of the survivors of Caspak were considered fantasy. Today, an expedition has been launched by Tyler's great-great-great-granddaughter Abby, a quest to find concrete evidence of Bowen Tyler's adventure. But what she and her research team will uncover is something far deadlier and more shocking than they could ever have imagined, as the modern day explorers find themselves thrust into The Land That Time Forgot! This graphic novel includes The Land That Time Forgot #1-#3 and The Land That Time Forgot Annual Savage See-ta.
In Shops: Jul 18, 2018
SRP: $19.99
View All Items In This Series