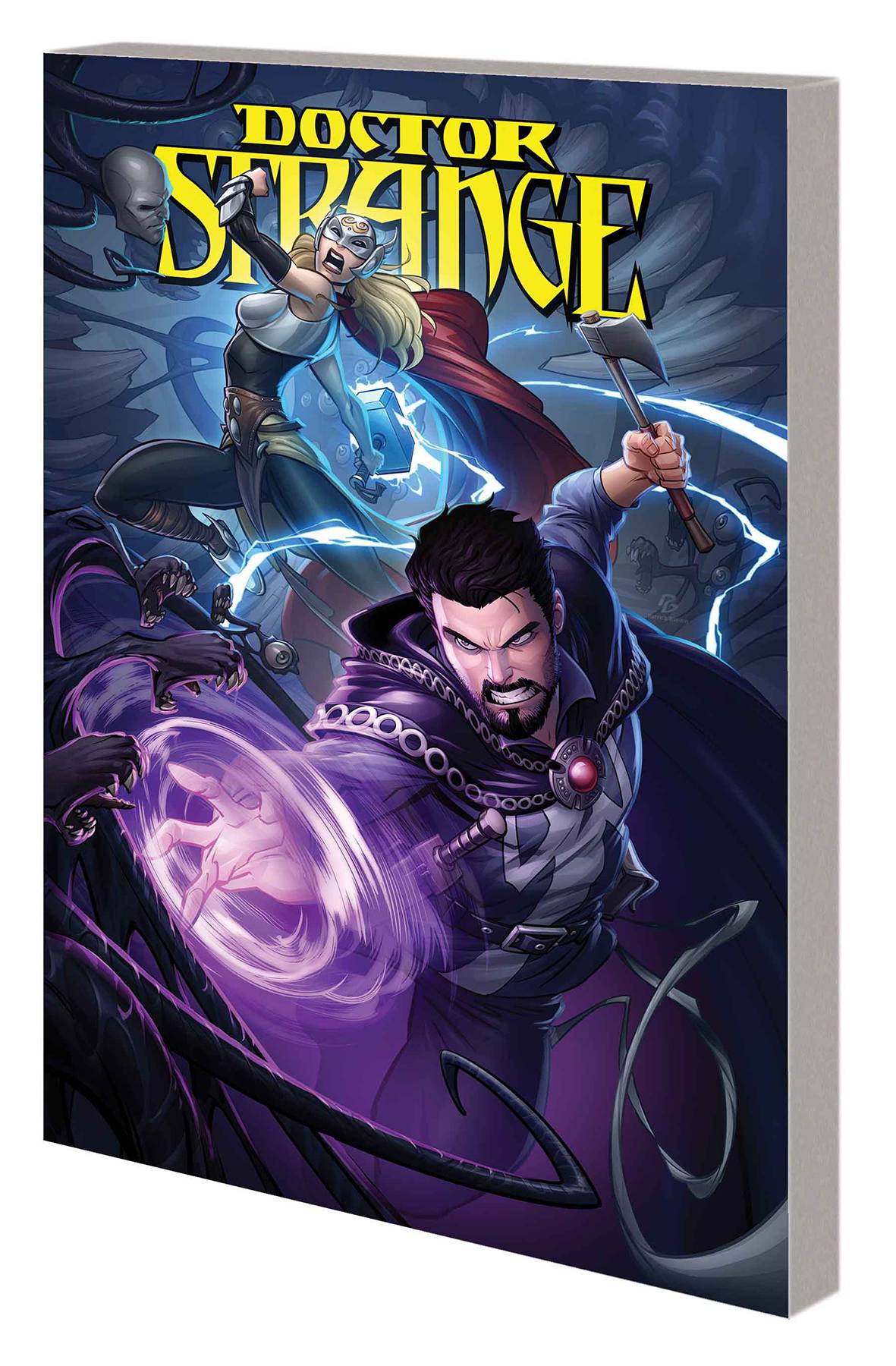 #
SEP171009
(W) Jason Aaron, Kathryn Immonen, Robbie Thompson (A) Kevin Nowlan, Leonardo Romero, Chris Bachalo, Frazer Irving, Jonathan Marks (CA) Patrick Brown
As magic faced its last days, Mr. Misery helped Doctor Strange defeat the Empirikul. But that doesn't make Misery a hero. Not one bit. Now, the nightmarish creature is about to show Strange the full meaning of his name - and he'll do it by visiting pain and suffering on one of the Doc's closest allies! The Sorcerer Supreme won't stand for that - but to bring the thunder down on Misery, he needs a little help from Thor! Then, Clea walks back into Doctor Strange's life just as he's picking up the pieces from the worst beating he's ever taken. Is she there to help - or will she make that battle feel like a walk in the park for Stephen? Plus: The dazzling debut of the Sorcerers Supreme! Collecting DOCTOR STRANGE (2015) #17-20 and ANNUAL #1.
Rated T+
In Shops: Dec 27, 2017
SRP: $19.99
View All Items In This Series
ORDER WISH LIST