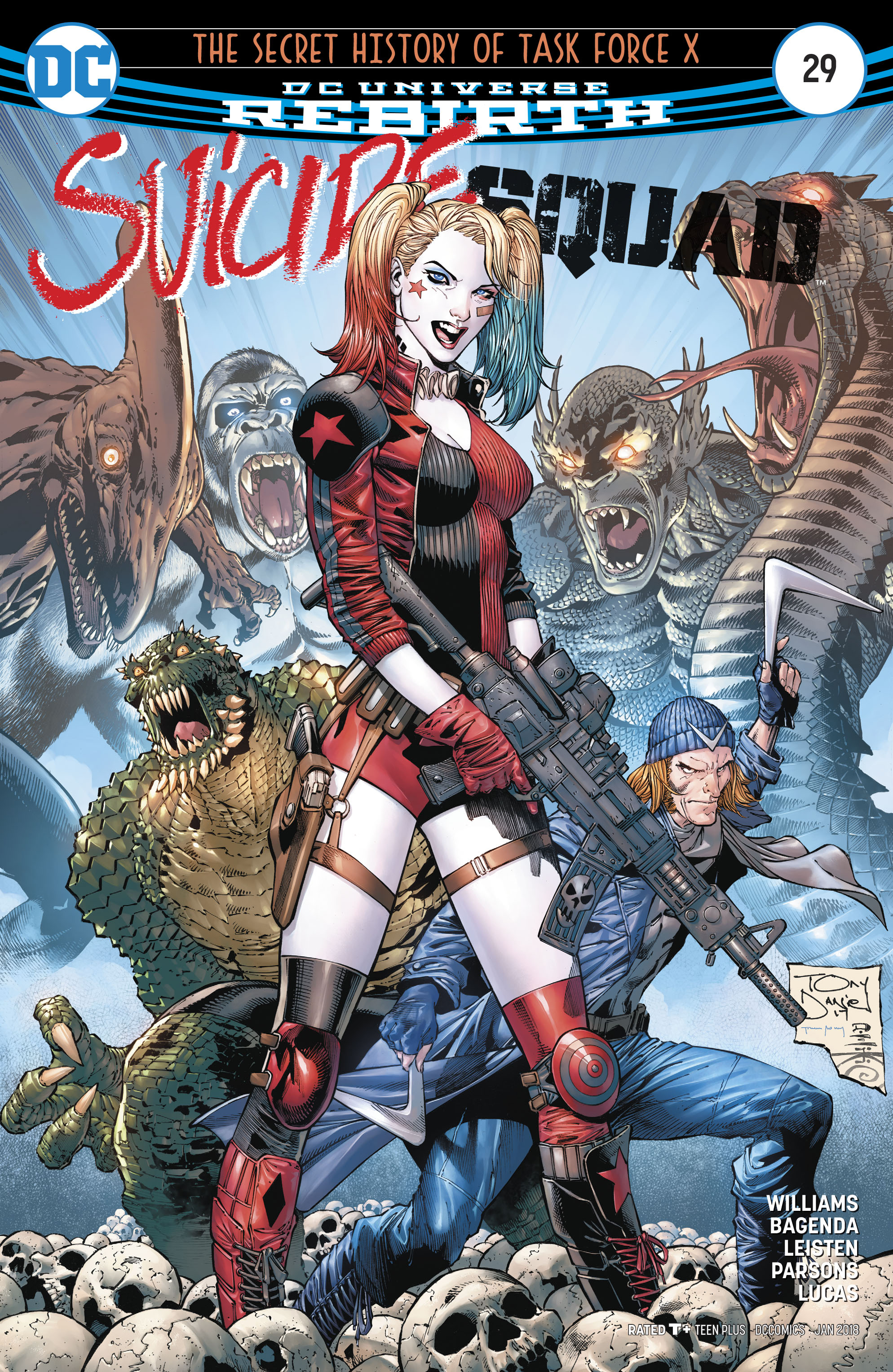 SEP170321
(W) Rob Williams (A) Barnaby Bagenda, Jay Leisten, Wilfredo Torres (CA) Tony S. Daniel, Danny Miki
"THE SECRET HISTORY OF TASK FORCE X" part three! What happened to the Suicide Squad of the 1950s? Led by Rick Flag Sr., the original Task Force X defended the world from aliens, robots and even dinosaurs before vanishing into myth. But when Amanda Waller learns the shocking truth, it will fall to Harley Quinn to complete her predecessors' final mission to save the world! The most surprising Suicide Squad story of all time continues here!
In Shops: Nov 08, 2017
SRP: $2.99
View All Items In This Series