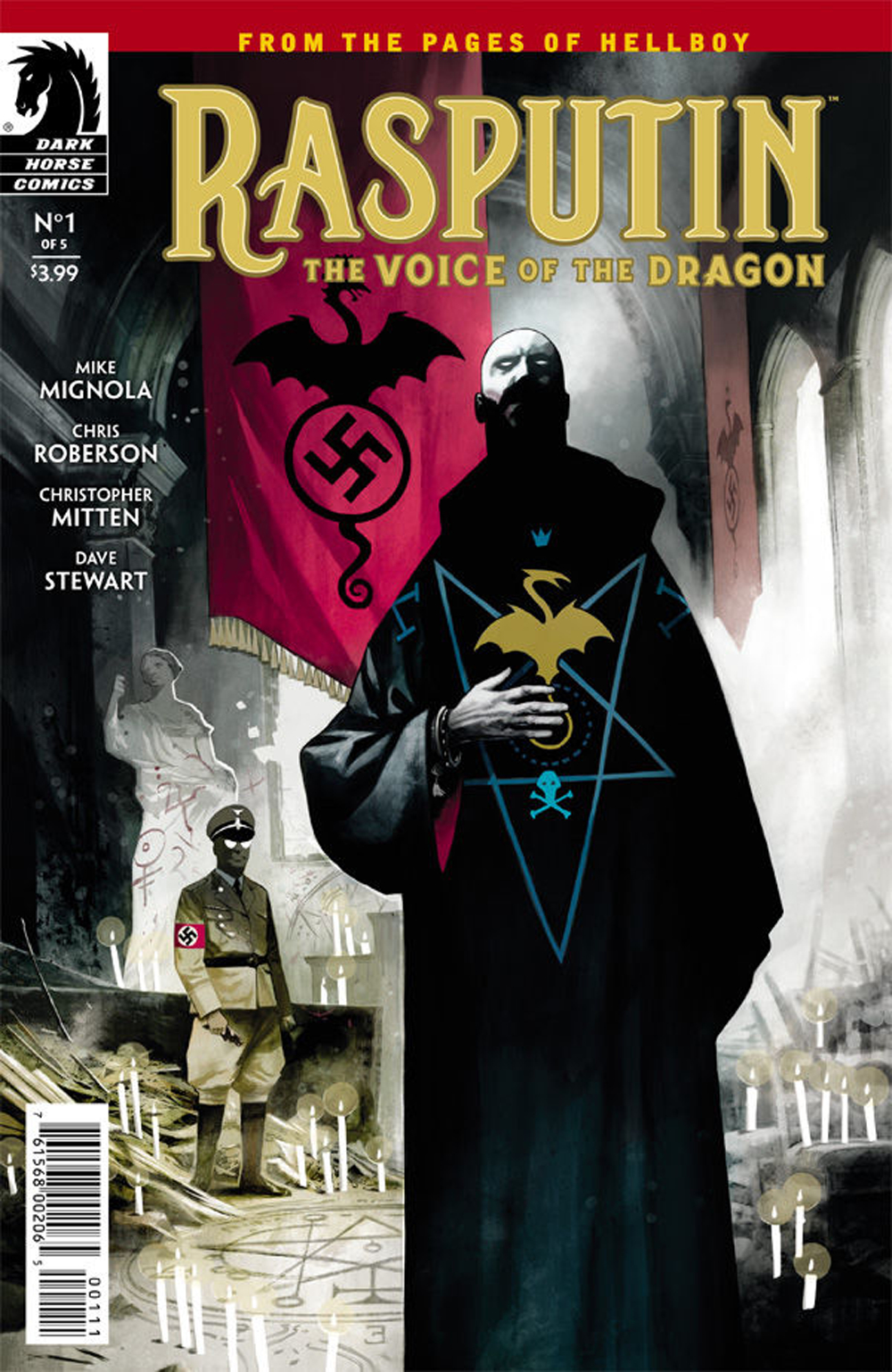 SEP170033
(W) Mike Mignola, Chris Roberson (A) Christopher Mitten (CA) Mike Huddleston
A conspiracy involving the Third Reich and a dead member of a sinister secret society sets Professor Bruttenholm on his first mission - to find the man who'd soon bring Hellboy to earth. The mad Russian sorcerer Rasputin had been thought dead since 1916, when a group of noblemen sought to end his influence over the tsar. Now Rasputin works with the most twisted members of Hitler's inner circle, and he's about to cross paths with the man who'll go on to found the Bureau for Paranormal Research and Defense.
In Shops: Nov 15, 2017
SRP: $3.99
View All Items In This Series