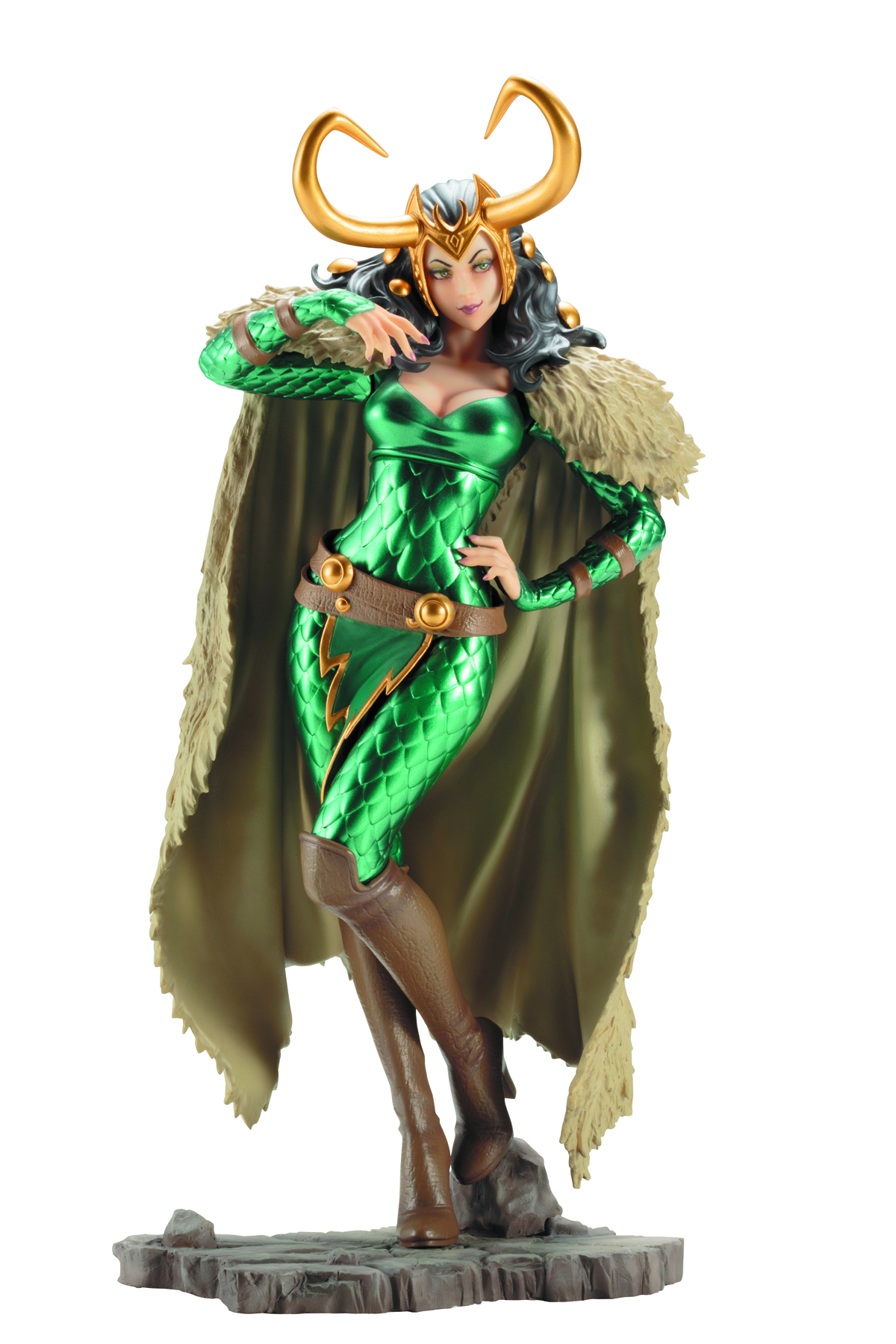 SEP162765
A KOTOBUKIYA Japanese import!  The Marvel Comics Bishoujo collection of new interpretations of familiar superheroes and villains adds to its ranks a unique take on a familiar character with the Goddess of Chaos, LOKI!  While he usually manifests as male this deity of trickery has at times taken on a female persona, famously so in 2007's Thor Volume 3.  No matter which gender he adopts, Loki is a constant thorn in the side of his adoptive brother Thor and a major threat to humanity.  Now you can celebrate the sexy side of the trickster with the incredible Loki Bishoujo Statue based on a new character interpretation and illustration by Shunya Yamashita!
Loki has never looked more striking than SHE does here, and the character's iconic costume has never looked better than on this Bishoujo-styled form.  The Goddess wears a slimming scale armored bodysuit in metallic green accented by a belt with built-in loincloth that matches the brown straps on her arms.  Sexy knee-high brown boots and a massive fur cape complete the ensemble, but what really stands out is Loki's signature massive horned helm in brilliant gold!  Everything about the trickster suggests she's up to no good, from her sultry pose with one hand on her hip and her legs slightly crossed to the sly smile on her beautiful face.
Sculpted by M.I.C., Loki stands nearly 12 inches tall (1/7 scale) on a specially designed rocky georama display base.  Don't wait to capture the stunning Loki for your collection, whether she's ruling by herself or standing alongside the mighty Thor Bishoujo Statue!
In Shops: Mar 08, 2017
SRP: $89.99
ORDER WISH LIST