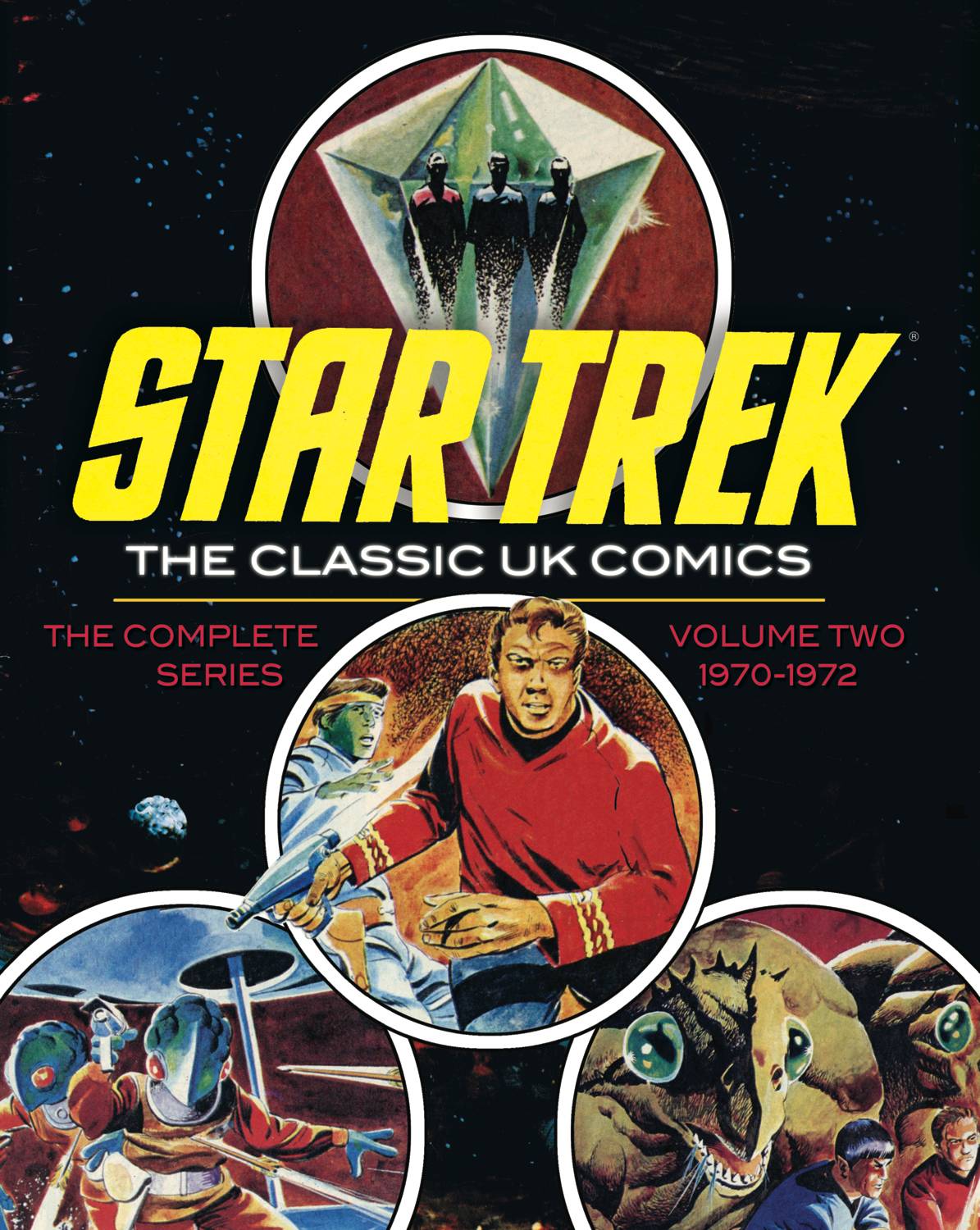 #
SEP160448
(W) Various (A) John Stokes, Harold Johns (A/CA) Carlos Pino, Vicente Alcazar
This second volume fills in another major gap in Star Trek lore, courtesy of these never-before reprinted comics that originally appeared in weekly British magazines in the early 1970s. There's much to love about these wonky, way-out writings and their atypical artwork. These oft-forgotten Star Trek tales represent a different era. They're lost gems with many facets and a unique perspective, an eccentric corner of Star Trek history unlike any other. These are the U.K. voyages of the starship Enterprise-and, now, at last, fans everywhere can experience them.

As a special bonus, Rich Handley provides the first half of a detailed encyclopedia of all things Star Trek from these British comics. Exploring the minutiae is half the fun of enjoying a franchise, and when it comes to Trek, there's no end of trivia to devour!
In Shops: Dec 28, 2016
SRP: $49.99
View All Items In This Series