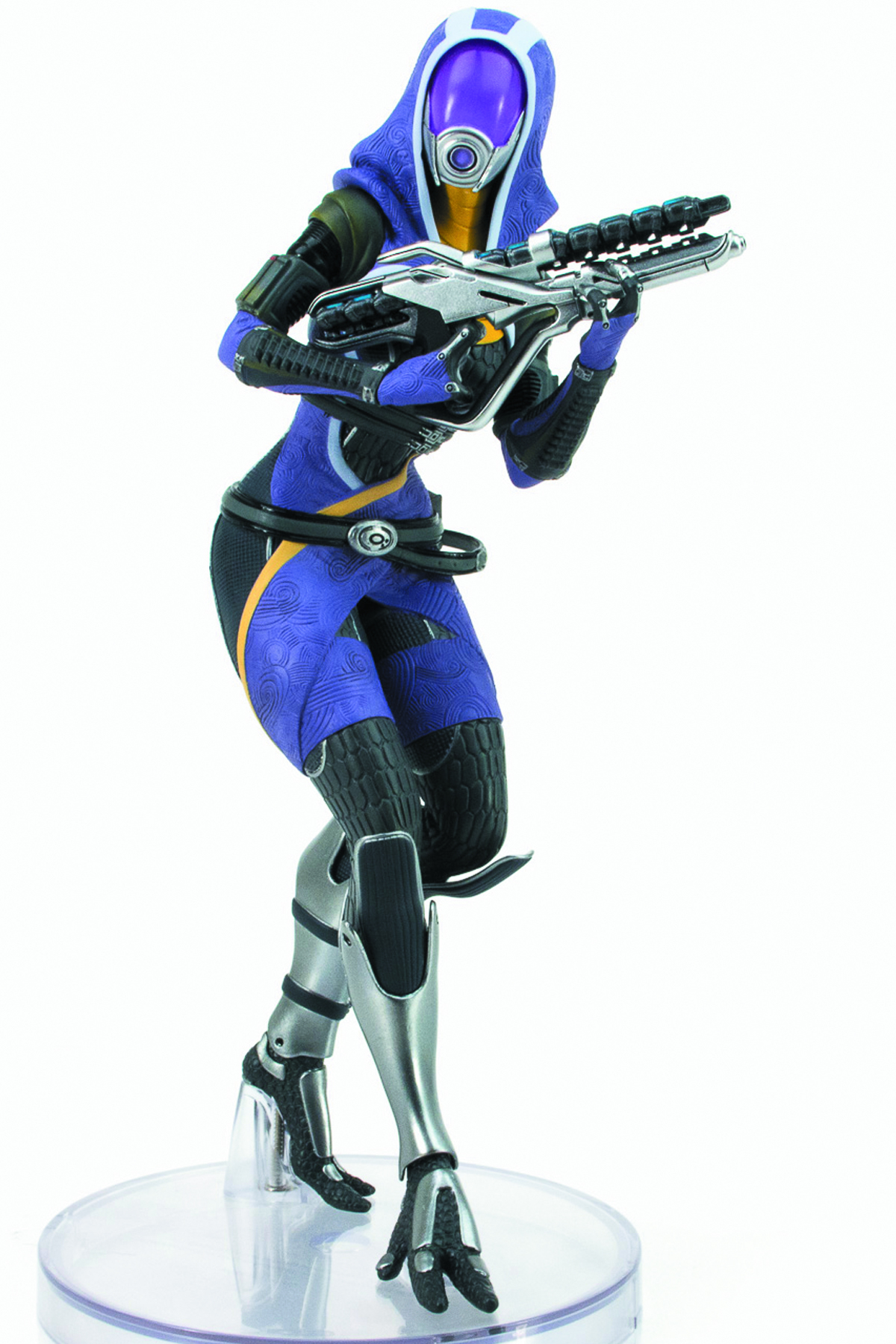 SEP152307
From Kotobukiya! Kotobukiya returns to Mass Effect for their next Bishoujo Statue: the long awaited Tali'zorah! Based on a new character interpretation by Shunya Yamashita, Tali carries her Quarian Reegar Carbine at the ready, and wears her purple body armor and mask, a look inspired by the game. Display alongside other Mass Effect Bishoujo statues like Commander Shepard!