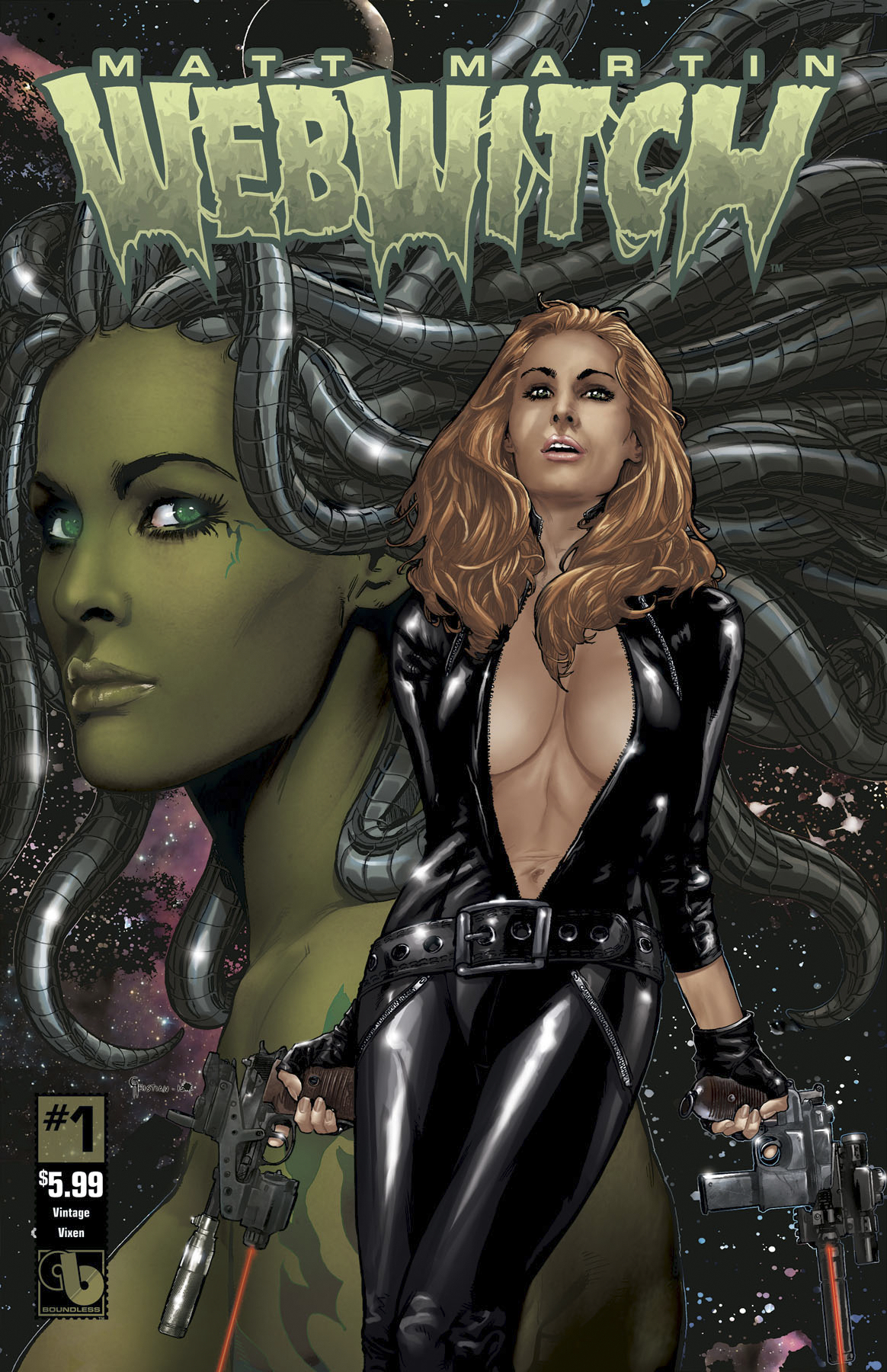 SEP151169
(W) Matt Martin (A) Matt Martin (CA) Christian Zanier
Ten Years in the making, Matt Martin's Webwitch launches with an enormous 64 page first issue!  Written and drawn by the cover maestro, Matt Martin, Webwitch is the story of a sultry secret agent, with skills far beyond her peers.  She never suspects those heightened reflexes and amazing agility are due to alien DNA, locked away in her system.  All seems to be perfect for Nina as she falls in love with her handler and together they go on exotic missions... until her world crumbles.  The Webwitch alien race comes to Earth, bringing carnage and death, and activates her as a sleeper agent.  Now with her true nature revealed, and new abilities to change form, Nina is torn between worlds .  Webwitch is a thrill ride of everything from monster carnage and alien melting death rays to sexy women, and even sexier aliens!
This monstrous launch issue has the first chapter of the story as well as the first chapter of the  Tim Vigil's Webwitch story ,which acts as a lead-in to this new series, in full-color for the first time.  But that's not all, a huge gallery of Matt Martin art is also included with over a dozen of his amazing Webwitch covers from years past!  This issue has an amazing array of variant covers including Regular, Wraparound, Honey Trap, and a Retailer Incentive Pure Art by Martin and  Alien Seduction cover by Juan Jose Ryp.   Christian Zanier illustrates the Vintage Vixen (a homage to sexy spies of the past) and the ultra-collectable Costume Change 6 cover set (with sexy topless and nude covers included!) that is limited to just 250 sets.
For the erotic art collectors, there is an Alien Erotica Adult cover by Martin and an Adult cover which is the only remaining unseen, original cover by the late, legendary Al Rio!  We've been saving it for a long time, and it is worth the wait as it is the hottest adult cover Rio ever illustrated!  To see the uncensored adult covers, please visit www.boundlesscomics.com.