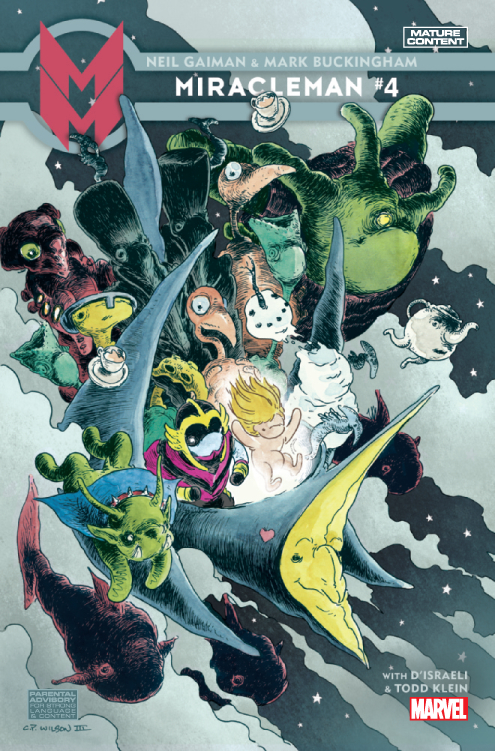 SEP150850
(W) Neil Gaiman (A) Mark Buckingham (CA) Charles Paul Wilson
• Gaiman and Buckingham craft a bedtime story for the Golden Age!
•  "Winter's Tale" tells the journey of Miracleman's daughter and her adventure crossing the cosmos to find the Qys.
•  What - or who - has "Retrieval" brought back from Infra-Space?
•  Including material originally presented in MIRACLEMAN (1985) #20, plus bonus content.
Parental Advisory
In Shops: Nov 04, 2015
SRP: $4.99
View All Items In This Series