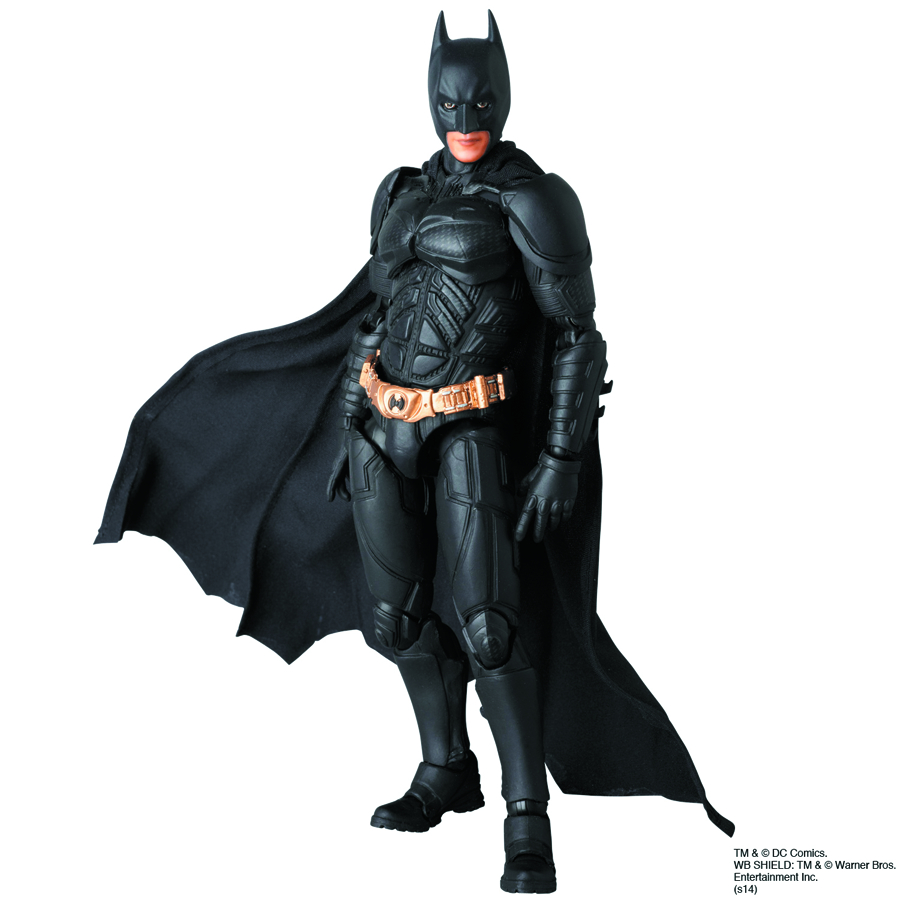 SEP142379
From MEDICOM Toy. A PREVIEWS Exclusive! Japan's acclaimed Medicom Toy Company delivers a new take on Christian Bale's Batman with this The Dark Knight Rises Miracle Action Figure EX Version 2.  Based on Bale's appearance in the third movie of director Christopher Nolan's Batman trilogy, this hyper-articulated figure comes packed with multiple hands for action poses, multiple faces with different expressions (including a cowl-less version), and the EMP Rifle. Standing 6" tall, this figure is one of the most detailed Batman figures on the market today!