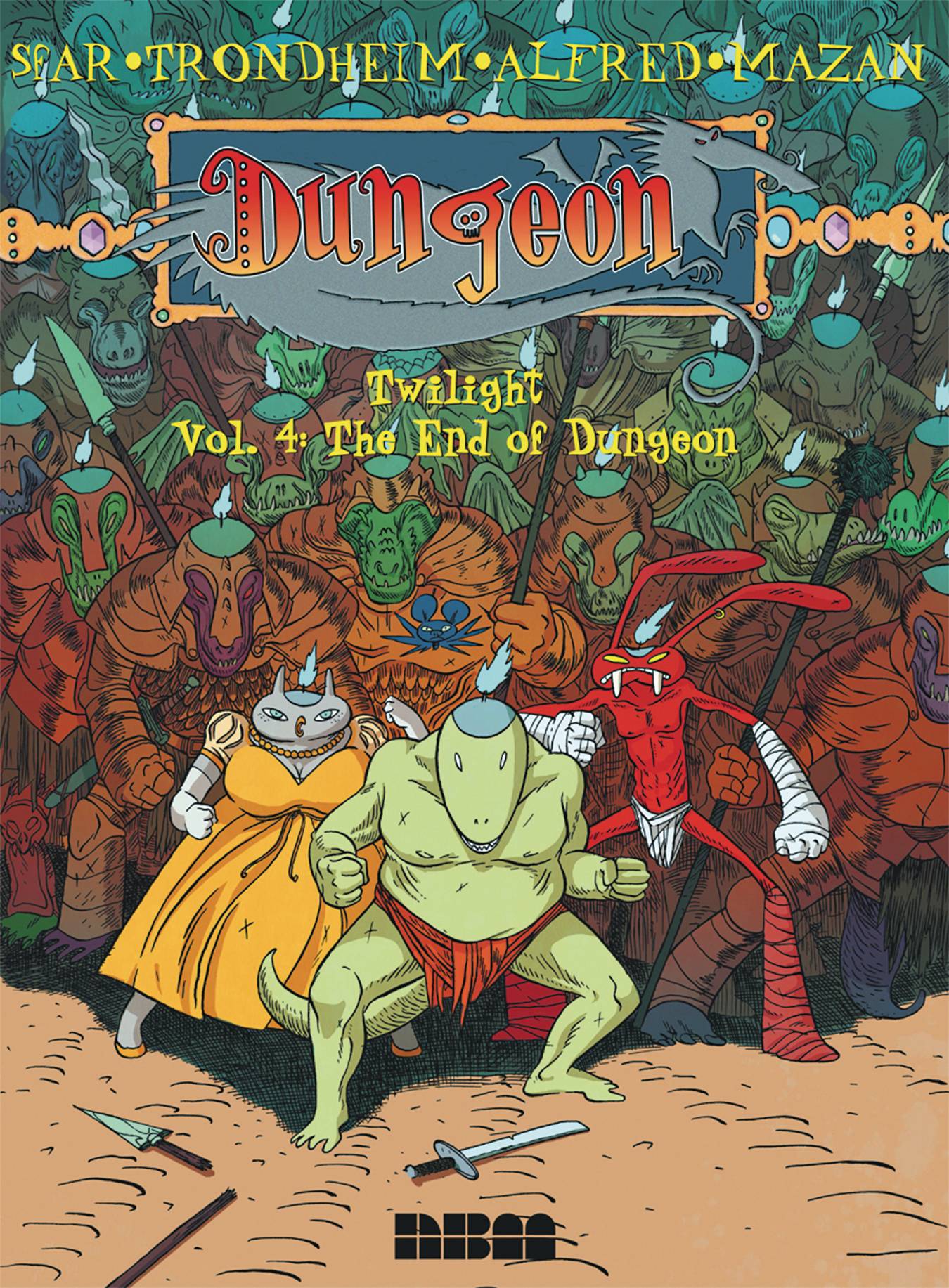 #
SEP141495
(W) Joann Sfar, Lewis Trondheim (A) Alfred, Mazan
In "High Septentrion," there has been a violent eruption on the planet of Terra Amata. It's a scramble to find breathable air, but the wizened blind, mystical dragon the Dust King (Marvin) thinks that it is perhaps time for him to die heroically. However the feisty young Marvin the Red refuses to give up and plans to find a way out of this mess, including finding a way to actually breathe. And in "The End of Dungeon," while Marvin the Red and Zakutu, daughter of the Grand Khân, attempt to protect the seven objects of Destiny, Herbert and the Dust King are forced to swear allegiance to the Black Entity in order to gain access to breathable air. We are witness to the very end of Dungeon!
In Shops: Dec 10, 2014
SRP: $14.99
View All Items In This Series