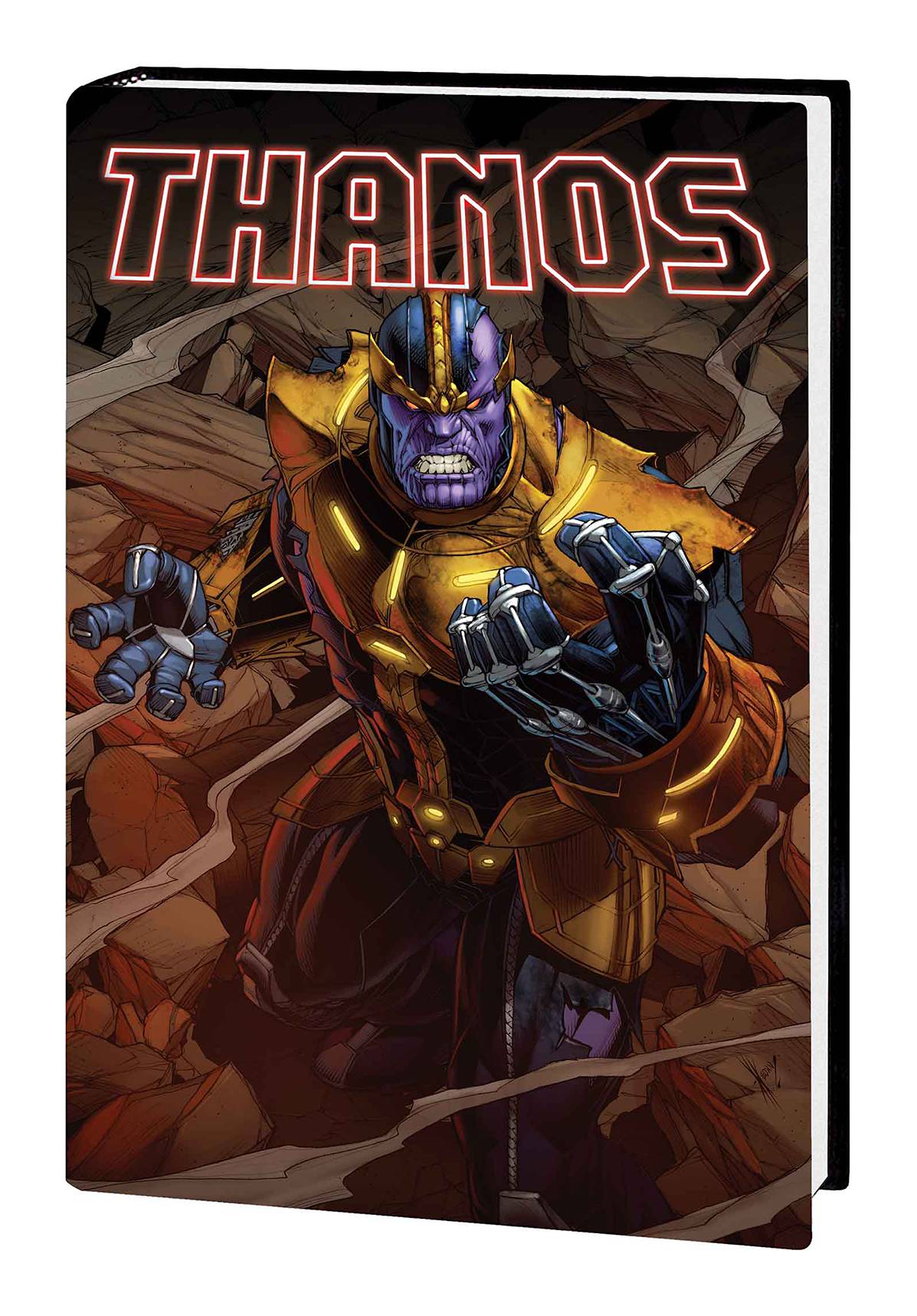 #
SEP140916
(W) Rob Williams, Jim Starlin (A) Various (CA) Dale Keown
In the aftermath of INFINITY, Thane must come to terms with being the son of Thanos. But when he is offered a way to witness his father's black work firsthand, can he retain his humanity? Thane's determination to not follow in his father's diseased footsteps is put to the ultimate test as he flees from killers from across the galaxy - but what is the truth behind Thane's vision quest, and who has been leading him? Elsewhere, Thanos makes war on Ego the Living Planet, but Ego's retaliation is more terrible than Thanos bargained for. What, if anything, can torture the Mad Titan? Plus: Jim Starlin returns to the character he made famous as Thanos takes on Mephisto, the Avengers, his own future self and more! Collecting THANOS: A GOD UP THERE LISTENING INFINITE COMIC #1-6 and THANOS ANNUAL #1.
In Shops: Dec 03, 2014
SRP: $24.99
ORDER WISH LIST