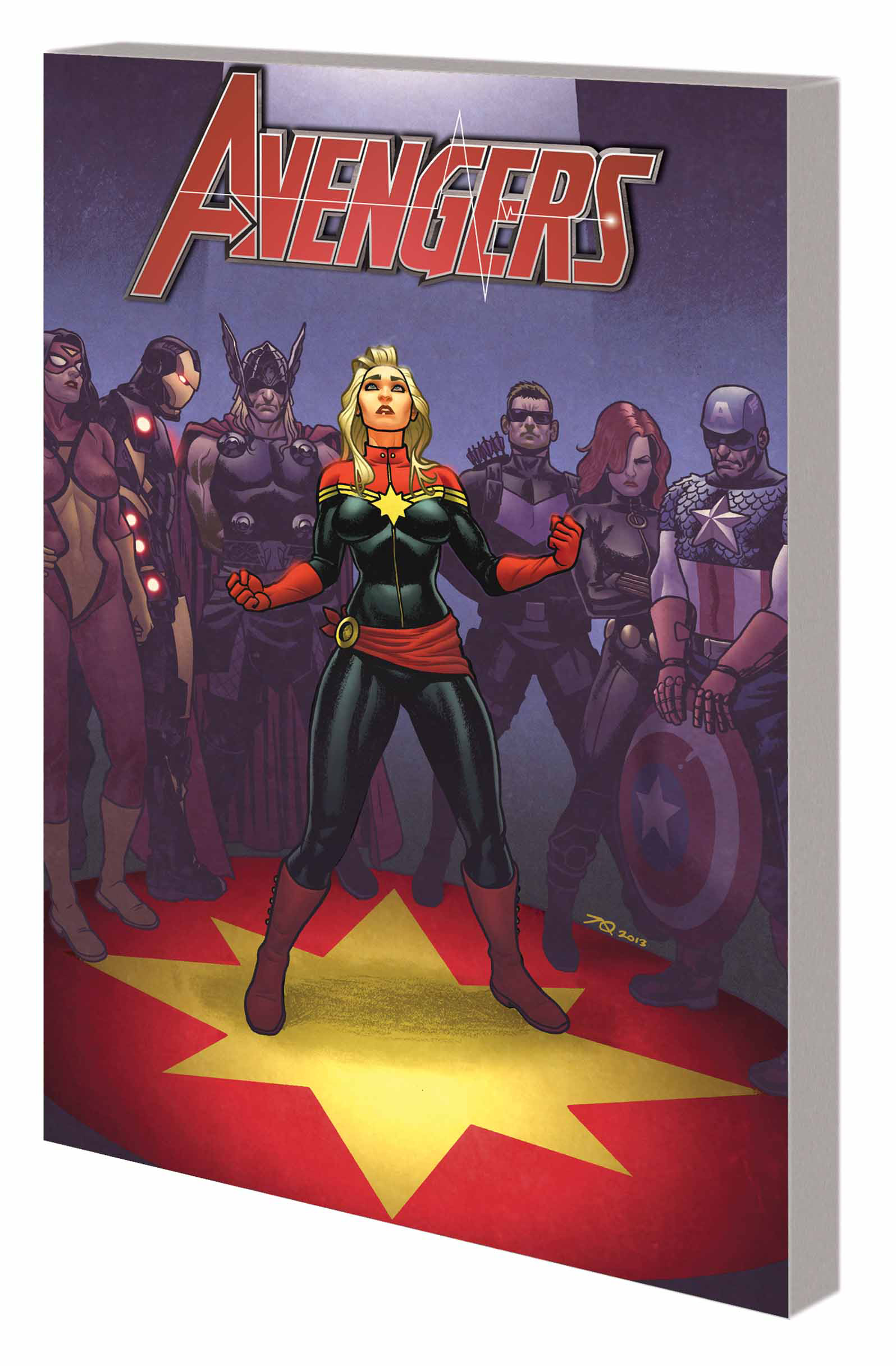 SEP130803
(W) Various (A) Various (CA) TBD
Vicious echoes of the Avengers' past are cropping up all over Manhattan - but Captain Marvel, grounded since a recent power loss, refuses to be left behind. Who is the sinister figure behind these incursions, and what does it have to do with Carol Danvers' mysterious condition? As the Brood attack and Kree Sentries enter the mix, a new villain is revealed - but what is the link between Carol and the maddening Magnitron? The Avengers assemble to deal with the most pivotal event in Captain Marvel's history - but as Magnitron's sinister plans are unveiled, the world begins quite literally ripping apart at the seams! With the Avengers scattered, Carol must do whatever it takes to end Magnitron's reign - no matter what the cost! Collecting AVENGERS: THE ENEMY WITHIN #1, CAPTAIN MARVEL (2012) #13-14 and #17, and AVENGERS ASSEMBLE #16-17.
In Shops: Dec 04, 2013
SRP: $15.99
ORDER WISH LIST