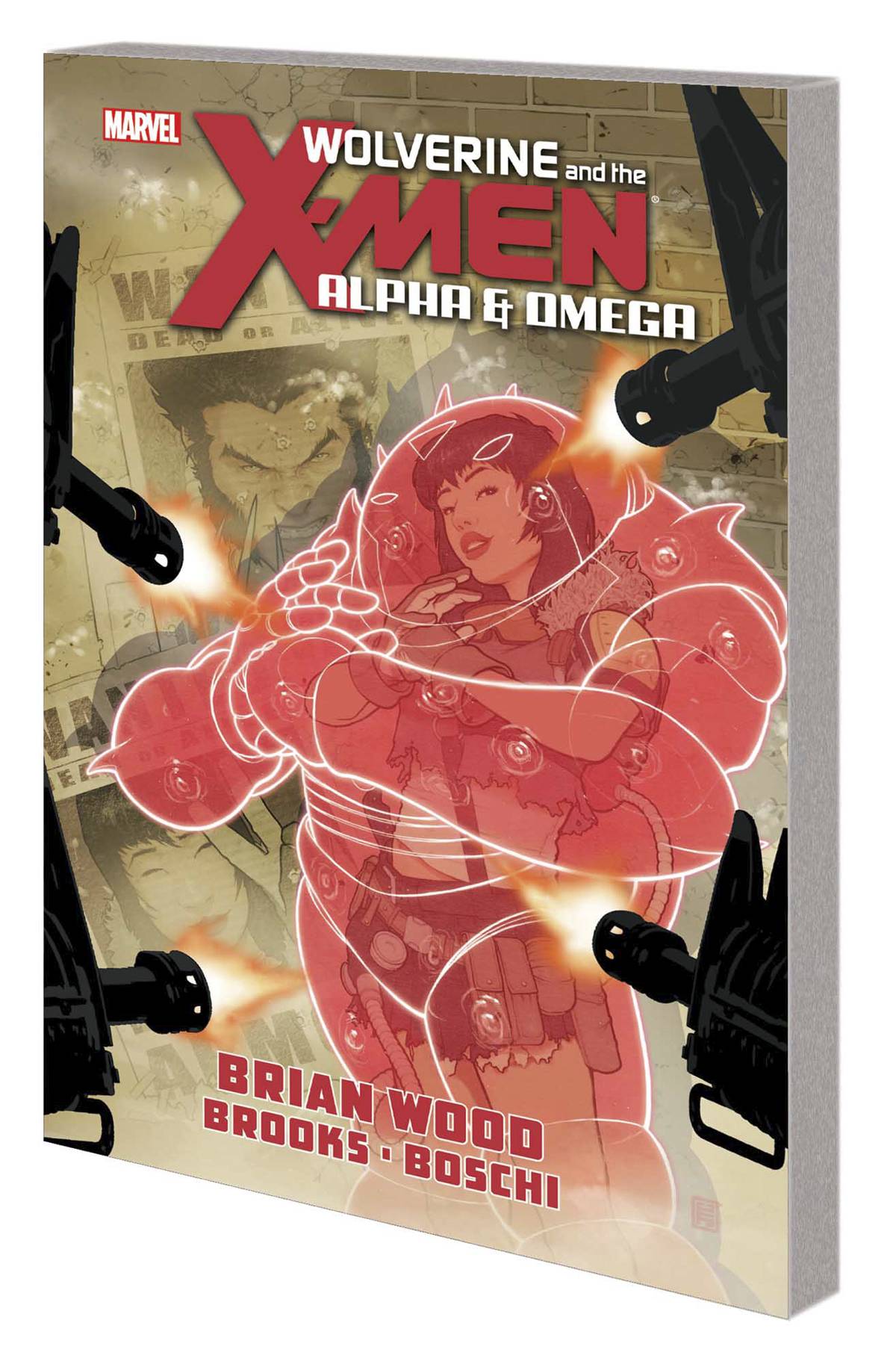 #
SEP120708
(W) Brian Wood (A) Mark Brooks, Roland Boschi (CA) John Tyler Christopher
It's Wolverine vs. Kid Omega for dominance of the Jean Grey School! Quentin Quire has trapped Wolverine and Armor in Wolverine's mind with no escape - and if that weren't bad enough, Wolverine's body is destroying the school! But when Quentin loses control of the Construct, it begins to break down and bleed into the real world. As Quentin enters his own creation as a "player" to regain control, Rachel Grey confronts the invading Berserker in the real world - and Armor makes a decision that could affect her mind and powers permanently! Collecting WOLVERINE & THE X-MEN: ALPHA & OMEGA #1-5.
In Shops: Jan 23, 2013
SRP: $19.99