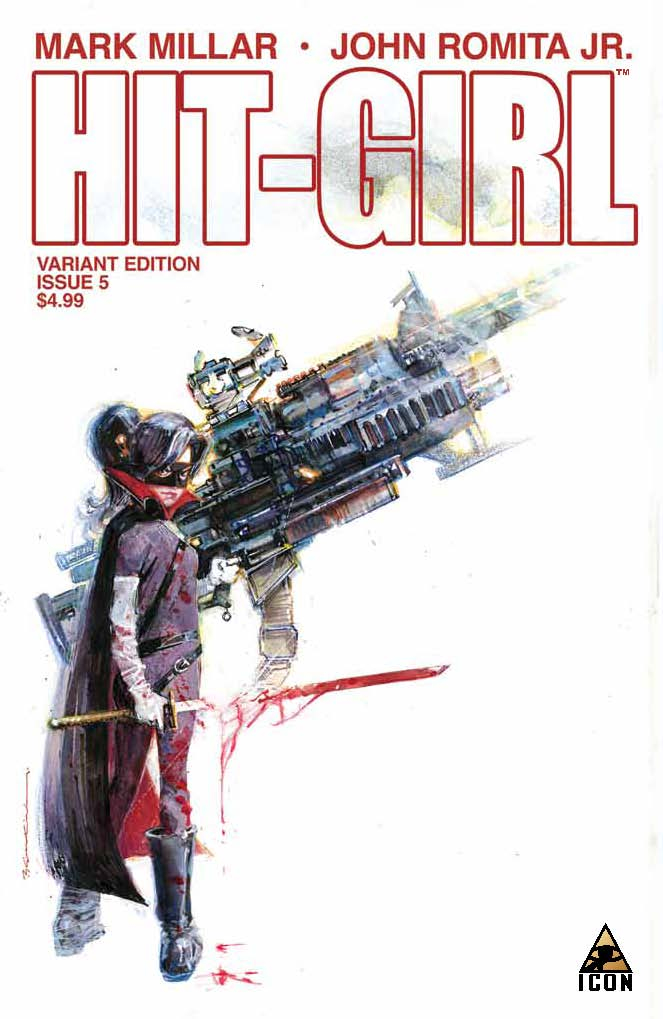 SEP120675
(W) Mark Millar (A) John Romita (CA) Bill Sienkiewicz
Series finale! He pulls a knife, she pulls a gun. He sends one of hers to the hospital, she sends one of his to the morgue - THAT'S the Hit-Girl way. Mindy's had it up to HERE with that thing called "restraint" and pays the mafia a long-overdue visit. Also: Red Mist faces his final super-villain training test. A limited edition variant by Bill Sienkiewicz will be released for this issue.
In Shops: Feb 06, 2013
SRP: $4.99
View All Items In This Series
ORDER WISH LIST