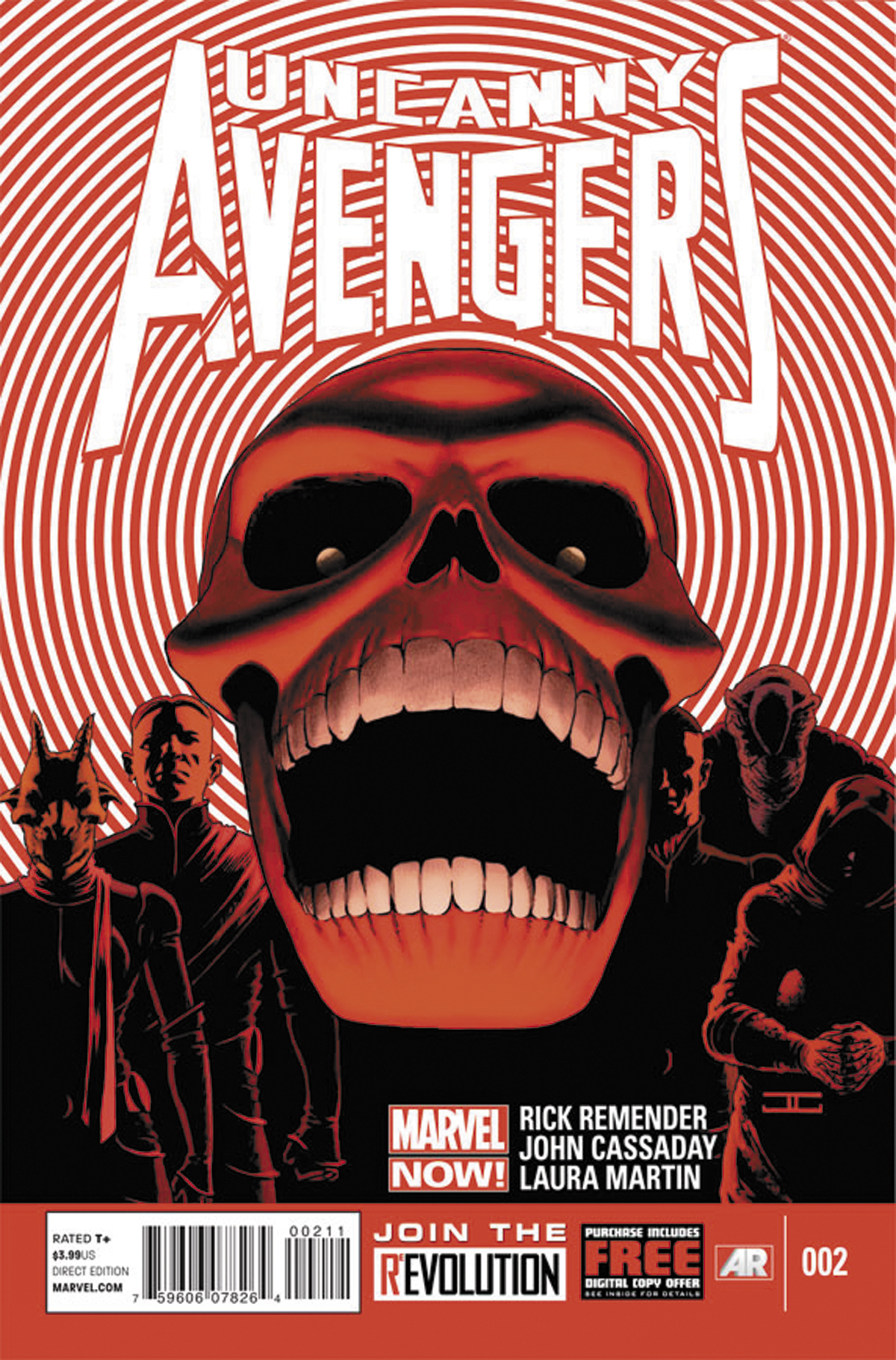 SEP120538
(W) Rick Remender (A/CA) John Cassaday
• What are The Red Skull's new powers? How did he become the most powerful man on Earth?
•  Can Havok and Thor defeat the spreading influence of Honest John, The Living Propaganda?!
•  Rogue and Scarlet Witch trapped on the Isle of the Red Skull's S-Men!
•  Wolverine & Captain America: uncover the truth behind the worldwide mutant assassination epidemic!
In Shops: Nov 28, 2012
SRP: $3.99
View All Items In This Series
ORDER WISH LIST