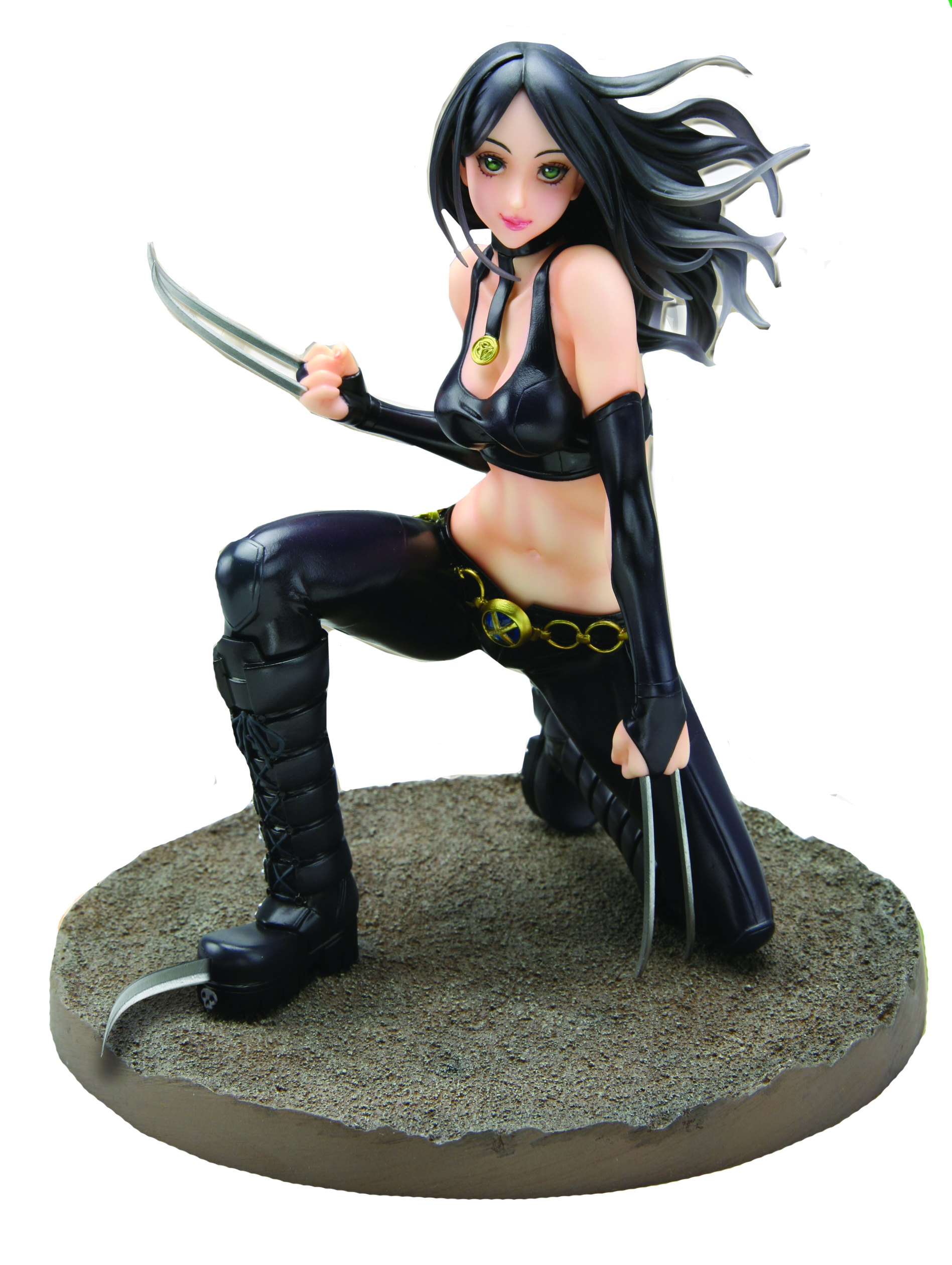 SEP111717
A KOTOBUKIYA Japanese import!  The popular Marvel Bishoujo collection (combining iconic superheroines and villains with traditional Japanese stylings) continues to bring you the amazing beauties of the Marvel Comics universe as you've never seen them before.  The line returns to heroic mutants with the beautiful and lethal X-23!  Appearing first in the television series X-Men: Evolution in 2003, X-23 was later introduced to the Marvel Comics universe.  She is no less than a female clone of Wolverine, created to be a deadly weapon and outfitted with adamantium-coated claws in her hands and feet!  After discovering her true identity and joining the good guys, Laura became a key member of X-Force before setting out on her own.  X-23 appears here in the Japanese Bishoujo (pretty girl) style based on an original character reinterpretation by renowned illustrator Shunya Yamashita.
Tempering her deadliness with a smile on her face and a relaxed pose, X-23 is still ready for anything.  She crouches on one knee, ever alert for danger with her weapons extended; her wicked adamantium claws are quite eye-catching on both hands and her right foot.  Outside of combat, Laura wears a striking outfit consisting of a halter top, stylish ripped arm coverings, pants, and boots, all in black.  Highly detailed sculpting brings out the intricacies of X-23's banded and laced boots, her unique linked-ring belt, and medallion necklace.  Contrasting with her ebony clothing is the mutant's beautiful skin, and bright green and gold accents adorn her belt and eyes.  X-23's wind-blown hair adds subtle movement to the scene, all of which brings focus to her beautiful Bishoujo styled face.
X-23 is 6 inches tall (in the Marvel Bishoujo 1/7th scale) crouched on her exclusive terrain base.  Hunt down this beautiful mutant before she hunts you!