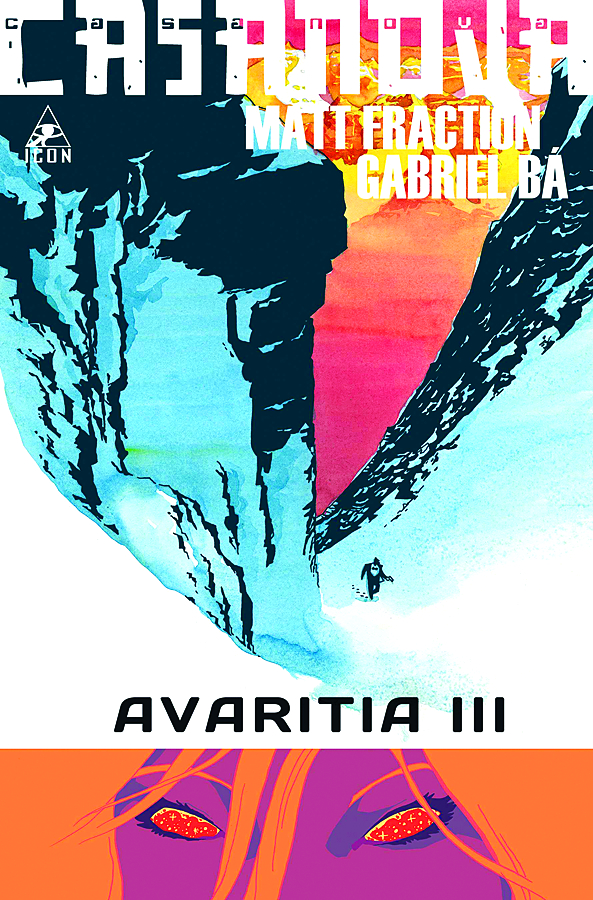 SEP110630
(W) Matt Fraction (A/CA) Gabriel Ba
Written by MATT FRACTION
Pencils & Cover by GABRIEL B
On the run from ten thousand parallel worlds that want him dead, Casanova Quinn fights for his life inside his dying father's E.M.P.I.R.E. He's figured out the biggest secret in the world and now he and his girlfriend from beyond tomorrow, Sasa Lisi, embark on a ferocious triple-cross that means they'll either win it all or spend forever in hell. Or heck. Or somewhere awful, trust me. 32 FULL-COLOR PAGES that have come from the future to MESS YOU UP.
40 PGS./Mature