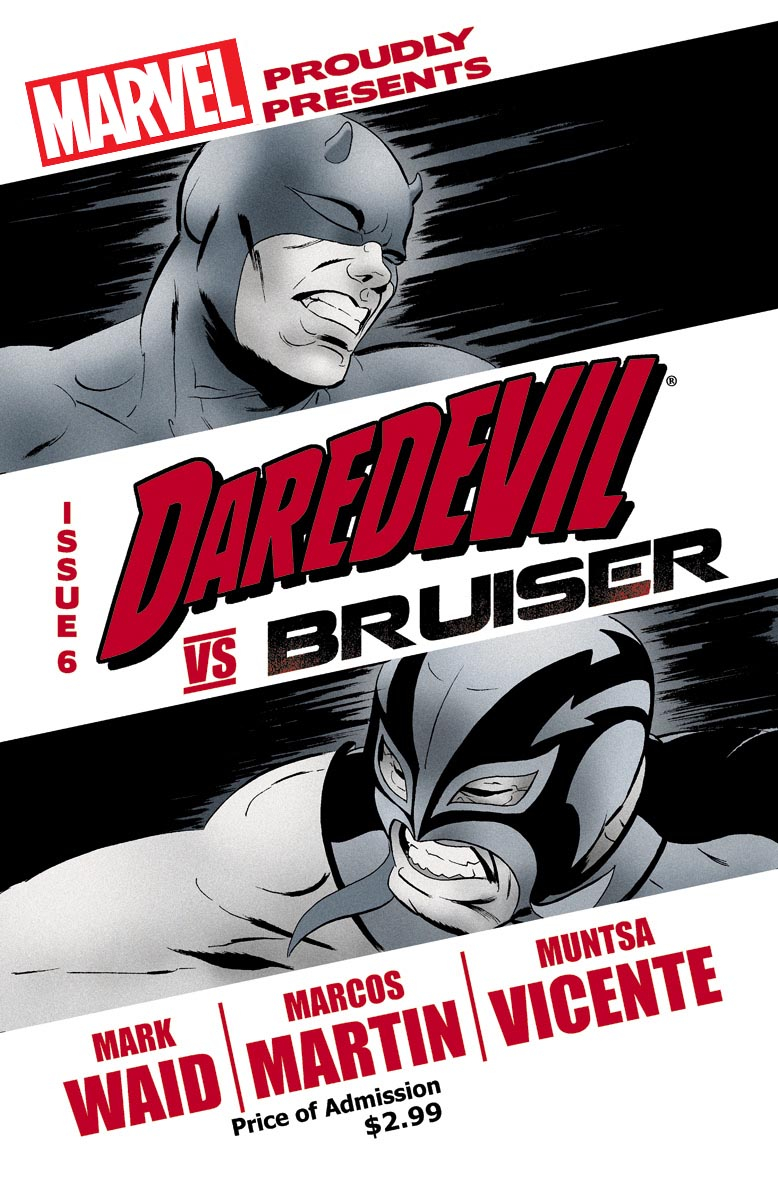 SEP110560
(W) Mark Ward (A/CA) Marcos Martin
Written by MARK WAID
Penciled by MARCOS MARTIN
Cover by MARCOS MARTIN
THE MOST CRITICALLY ACCLAIMED NEW SERIES OF THE YEAR CONTINUES !
Matt Murdock relives some of his late father's worst nightmares as Daredevil meets Bruiser, a fighter who can't be put down and won't fall! How will Matt survive--and how will doing so make him the most dangerous man in the Marvel Universe?
32 PGS./Rated T+