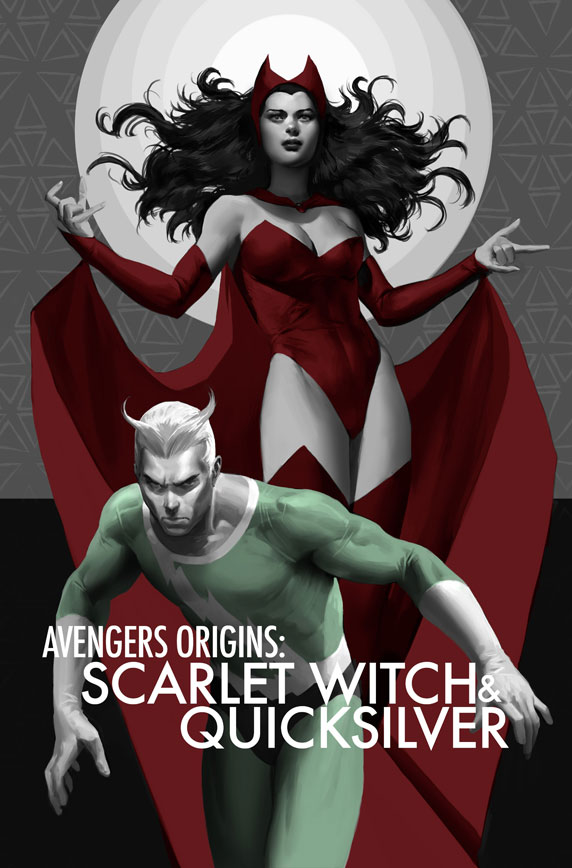 SEP110527
(W) Sean McKeever (A) Mirco Pierfederici (CA) Marko Djurdjevic
Written by SEAN McKEEVER
Penciled by MIRCO PIERFEDERICI
Cover by MARKO DJURDJEVIC
He is X-Factor's hot-headed speedster, and she is arguably the most dangerous mutant alive. But there was once a time when these two were children, twins on the run from those who feared and hated them, belonging with no one save for one another...until they joined the Avengers! For the first time ever in one titanic tale, see the path that took Wanda and Pietro Maximoff from vagrants to mutant terrorists under Magneto to Earth's mightiest heroes!
40 PGS./All-New Material/No Reprints/Rated T+