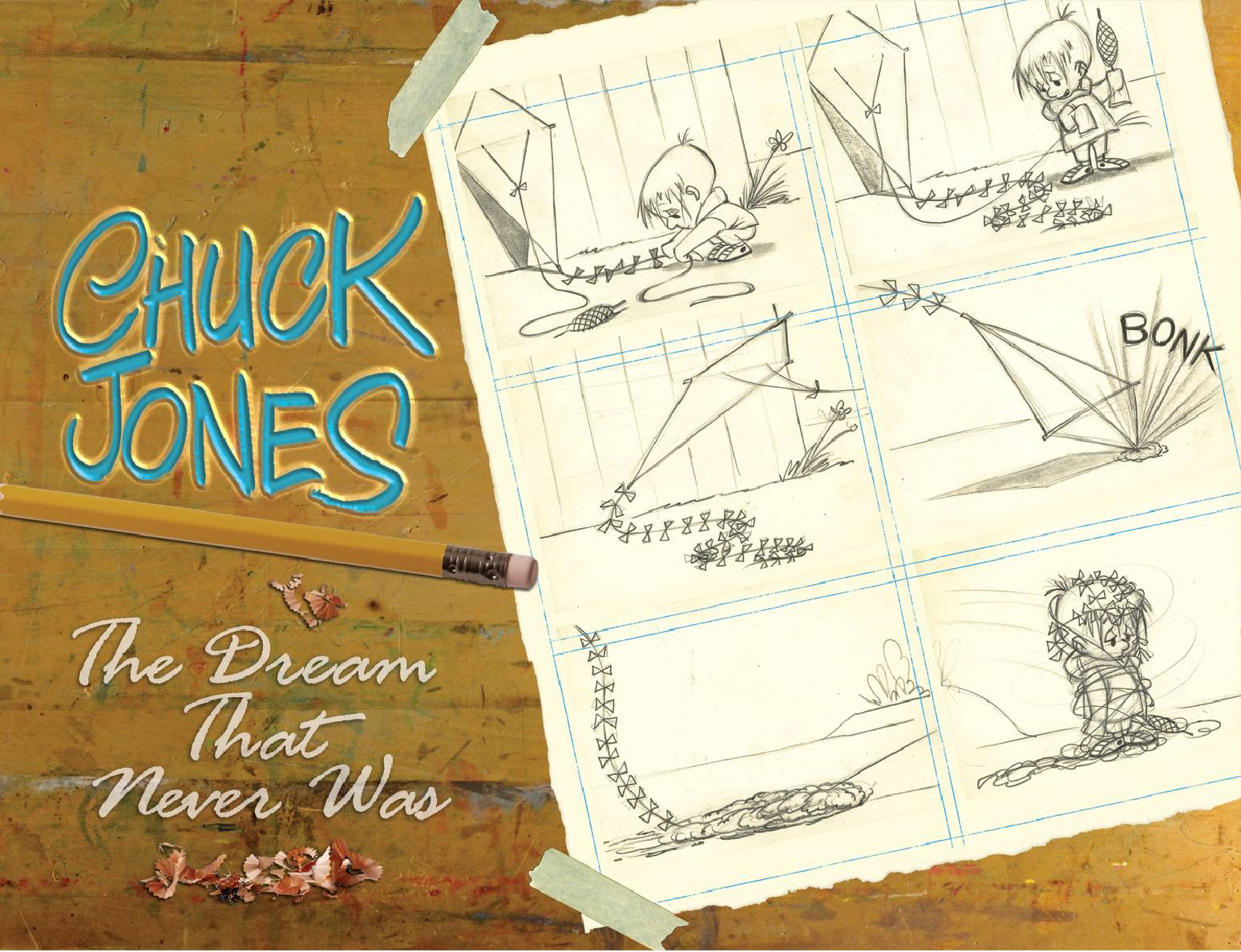 We all harbor a secret wish that we could find a previously unseen project by one of the greatest figures in animation history.

Well, wish no more-celebrating the 2012 centennial of Chuck Jones's birth, IDW's Library of American Comics unveils Chuck Jones: The Dream That Never Was.

Chuck Jones: The Dream That Never Was follows the twenty-seven year journey it took Jones to bring "Crawford" to the public, from conception to storyboard to newspaper strip. This incredible volume is loaded with never before seen sketches, drawings, storyboards and production notes, and the six-month run of the Crawford newspaper comic strip from 1978. Accompanying the artwork is a biography of Chuck Jones's career in the sixties and seventies and how it influenced the creation of Chuck's only foray into the world of comic strips.

Produced with the full cooperation of the Chuck Jones family, the book was conceived by Kurtis Finday, who says, "My first surprise when I started researching the Crawford comic strip was how little people knew about it. My second surprise was the treasure trove of Chuck Jones art we would find. Crawford just kept popping up in places I didn't expect, making the history of this little-known character incredibly rich." The book is edited by Findlay and Dean Mullaney, and designed by Lorraine Turner.

Chuck Jones: The Dream That Never Was is a dream come true in that almost all the art is being reproduced from Chuck Jones's originals! It is a treasure trove of previously unknown artwork that is a must for all fans of animation and comics.