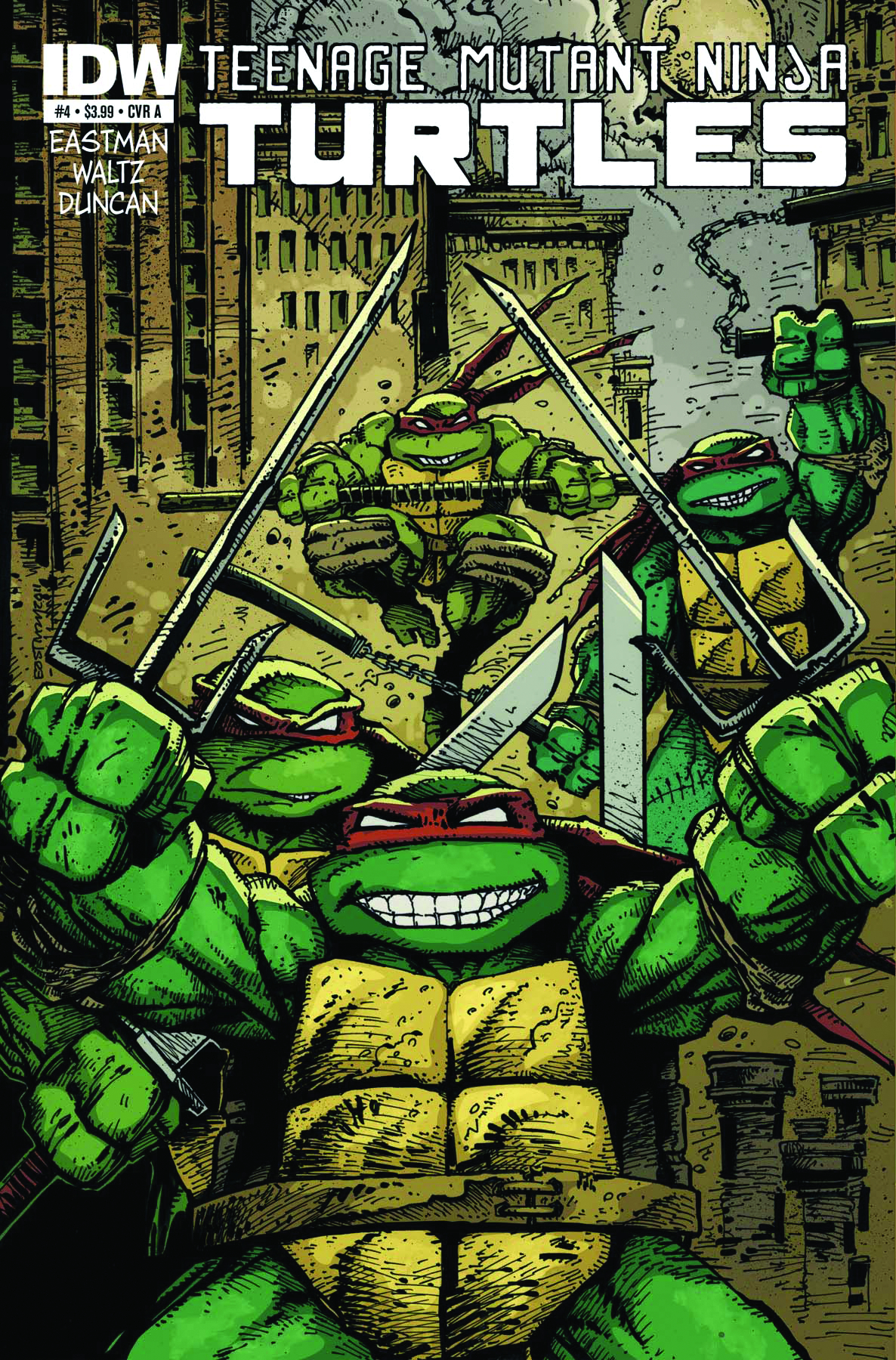 The climactic conclusion to the Turtles' triumphant return to comics! The final pieces of the Turtles' mysterious origin are revealed as the Turtles move closer to finding their lost brother Raphael. There's just one thing in their way... an angry, mangy mutant alley cat named Old Hob... and he's got an entire gang to back him up!  It's a battle royale on the mean streets of New York and Turtles lore will be forever rewritten! Don't miss it!