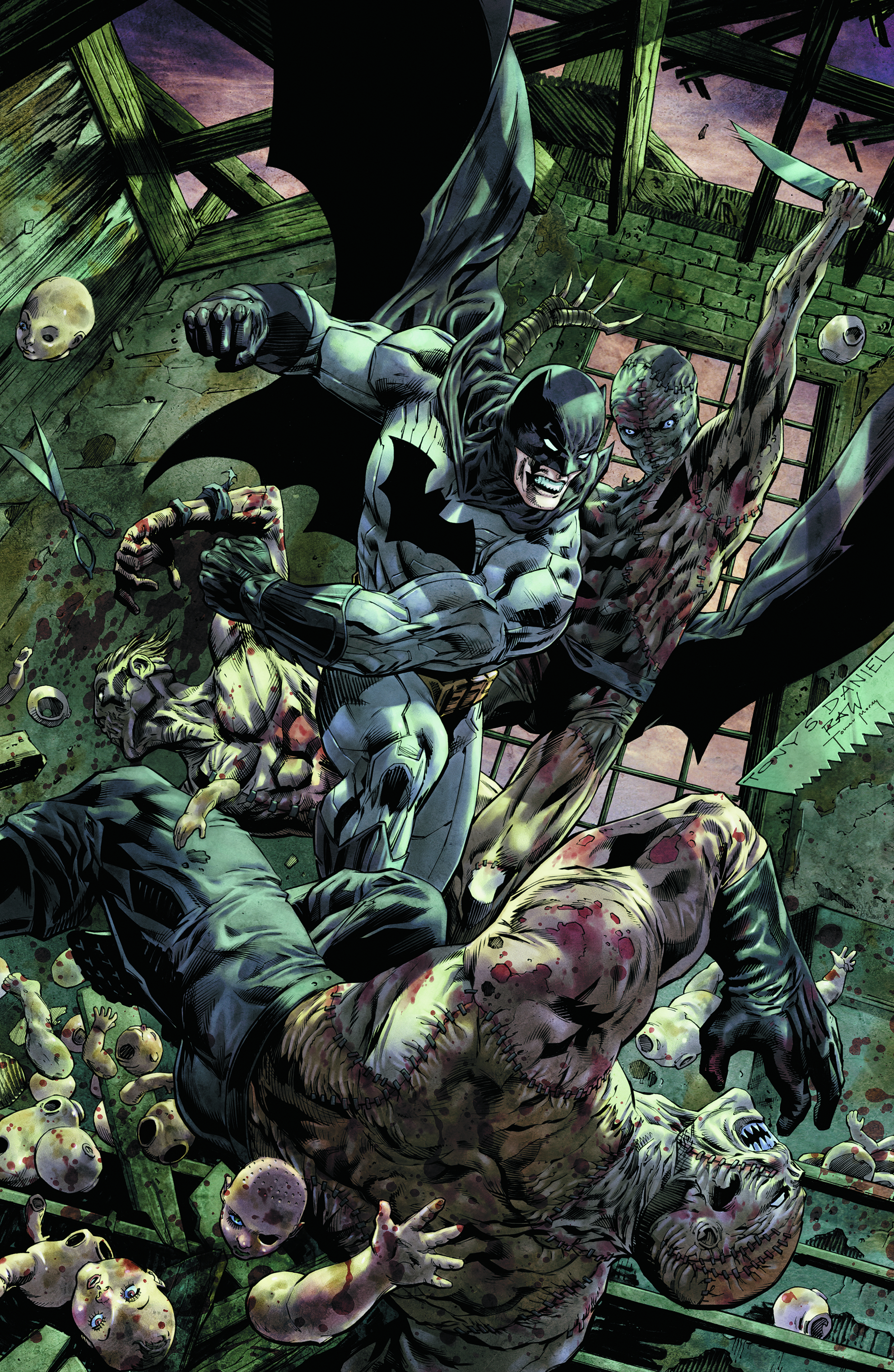 SEP110124
(W) Tony S. Daniel (A) Sandu Florea (A/CA) Tony S. Daniel
Written by TONY S. DANIEL
Art and cover by TONY S. DANIEL and RYAN WINN
He makes dolls out of his victims - and he's tired of being referred to in the media as the Gotham Strangler. His moniker is the Dollmaker, and he and his insane family are going to hunt down Gotham City's public figures and turn them into the ultimate collectables. As the Dollmaker ups the stakes, Batman finds himself in a race against time - because one of his allies is the Dollmaker's next target!