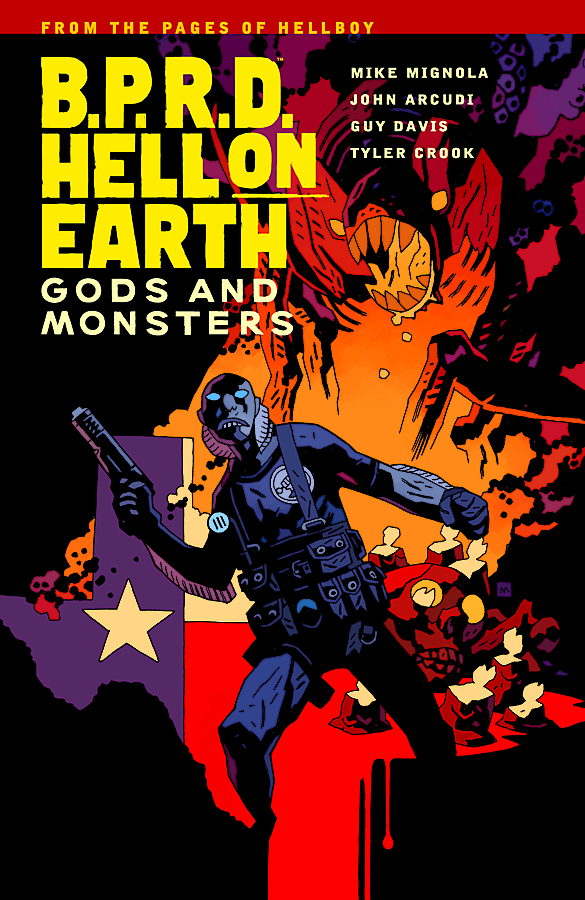 SEP110018
(W) Mike Mignola, John Arcudi (A) Guy Davis, Tyler Crook, Dave Stewart (CA) Mike Mignola
Between tracking down the vagrant followers of a prescient teen pursued by crablike beasts and dealing with a redneck priest who preaches by way of human mutilation to a trailer park populated by a cult of hillbillies, the B.P.R.D. certainly have their hands full. Can a fractured team wage a winnable war or are they fighting a battle of attrition? B.P.R.D. Hell on Earth: Gods and Monsters continues the series Comics Alliance calls "one of the best books on the stands." Collects B.P.R.D. Hell on Earth: Gods #1-#3 and B.P.R.D. Hell on Earth: Monsters #1-#2.
In Shops: Jan 04, 2012
SRP: $19.99
View All Items In This Series
ORDER WISH LIST