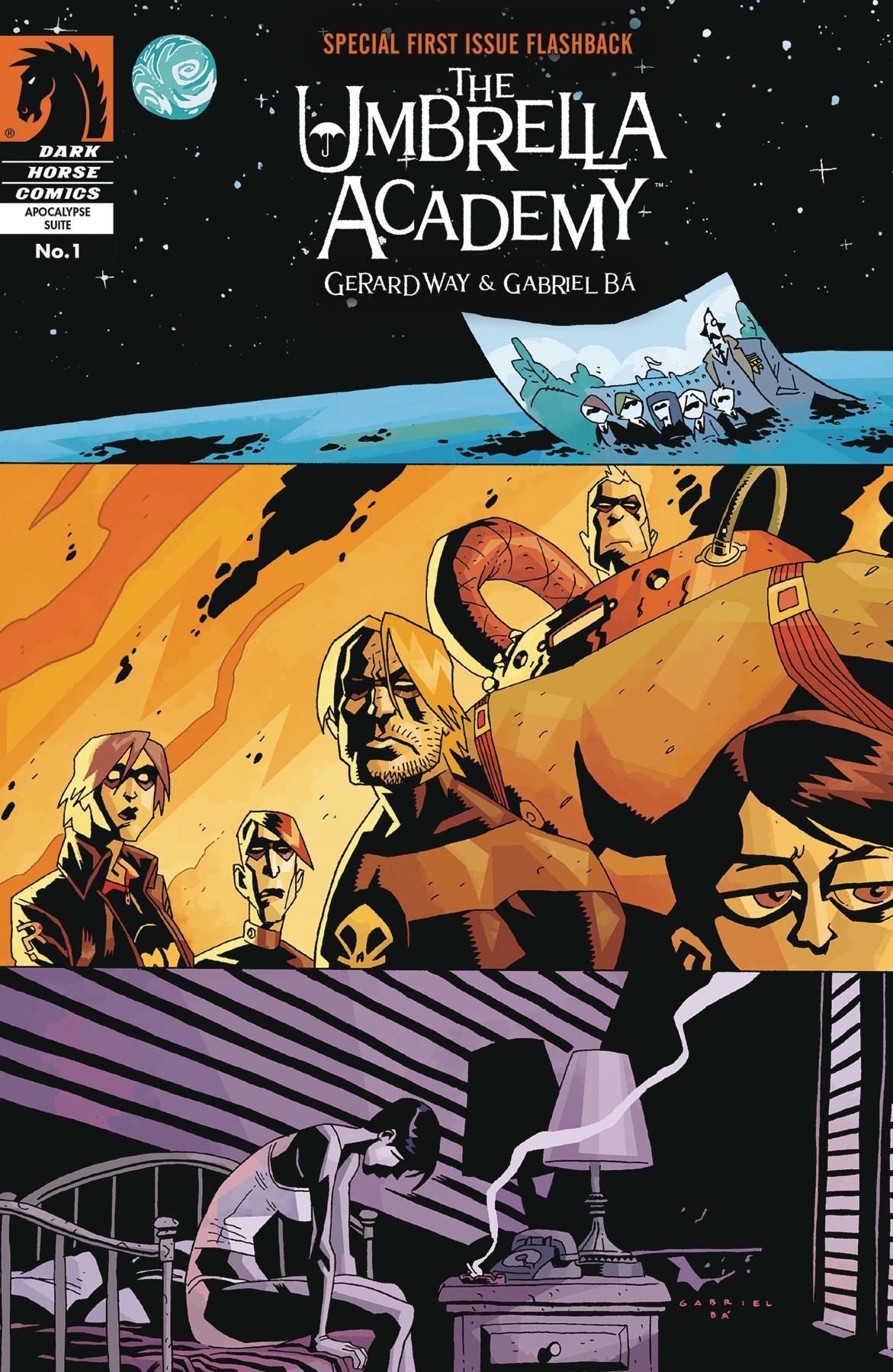 #
SEP108136
(W) Gerard Way (A) Gabriel B?
In an inexplicable worldwide event, forty-seven extraordinary children were spontaneously born by women who'd previously shown no signs of pregnancy. Millionaire inventor Reginald Hargreeves adopted seven of the children; when asked why, his only explanation was, "To save the world."
These seven children form The Umbrella Academy, a dysfunctional family of superheroes with bizarre powers. Their first adventure at the age of ten pits them against an erratic and deadly Eiffel Tower, piloted by the fearsome zombie-robot Gustave Eiffel. Nearly a decade later, the team disbands, but when Hargreeves unexpectedly dies, these disgruntled siblings reunite just in time to save the world once again. This volume collects the first six-issue series, as well as out-of-print short stories, and an expanded sketchbook section featuring work by Bá, Jean, and Way.
In Shops: Jun 11, 2008
SRP: $17.99
View All Items In This Series
ORDER WISH LIST