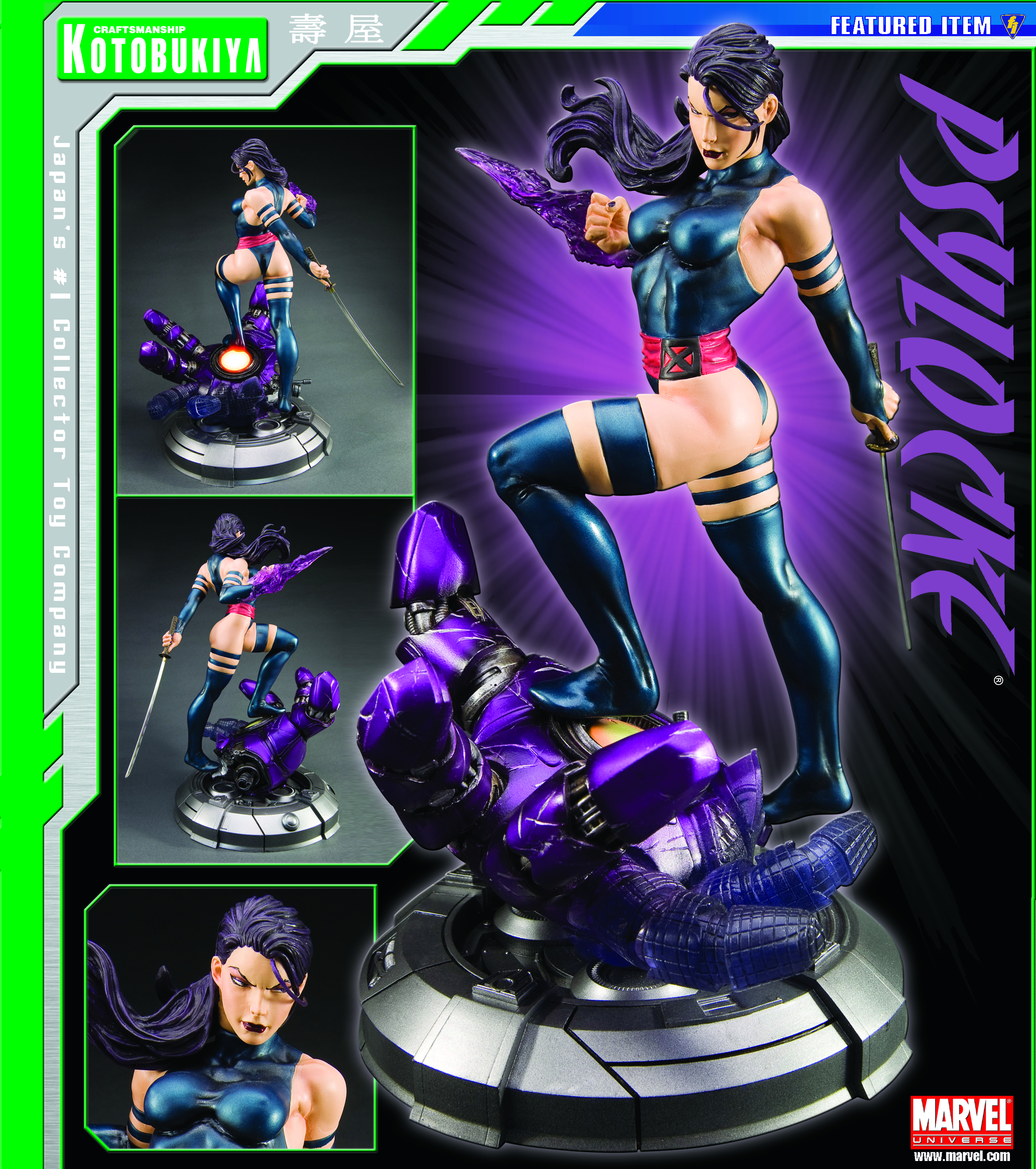 SEP101560
A KOTOBUKIYA Japanese import!  Fighting alongside Wolverine in the X-Mansion's training center is the second member of the X-Men Danger Room Sessions, the mysterious and beautiful telepathic ninja mutant PSYLOCKE!  Once a British woman with minor mutant powers, Elizabeth "Betsy" Braddock's mind was transferred into the body of a ninja giving her additional martial arts prowess.  Ever since the early days of Marvel Comics' mutant adventures, "X" teams have trained together in the ultra high tech facility known as the Danger Room, equipped with state of the art adaptive combat and athletics routines that challenge each participant in unique ways.  The training facility has been featured prominently in X-Men comics over the years, as well as in various cartoons and the third X-Men film.

The deadly warrior woman brings to life the classic style of Jim Lee's X-Men #1 (1991), faithfully recalling the exotic mutant's appearance and costume.  Victorious on the field of battle, Psylocke stands triumphant upon her defeated foe, scanning for the next. She wields both katana and psyblade, the only weapons she needs to get the job done.  Psylocke's pose shows off her powerful physique, encumbered little by a skin-tight outfit.  Betsy's long, beautiful hair flows out over her shoulder as she turns her intense gaze toward whatever else the Danger Room decides to send her way...

Sculpted by Erick Sosa, Psylocke stands approximately 12 inches tall  (1/6th scale) atop an amazing exclusive base - the severed hand of a mutant-hunting Sentinel!  Every mutant in the Danger Room Sessions series is mounted on a unique Danger Room holographic environment with translucent parts that glow with a built-in LED light in the base.  Psylocke is the perfect companion to Wolverine and the rest of the Danger Room series.