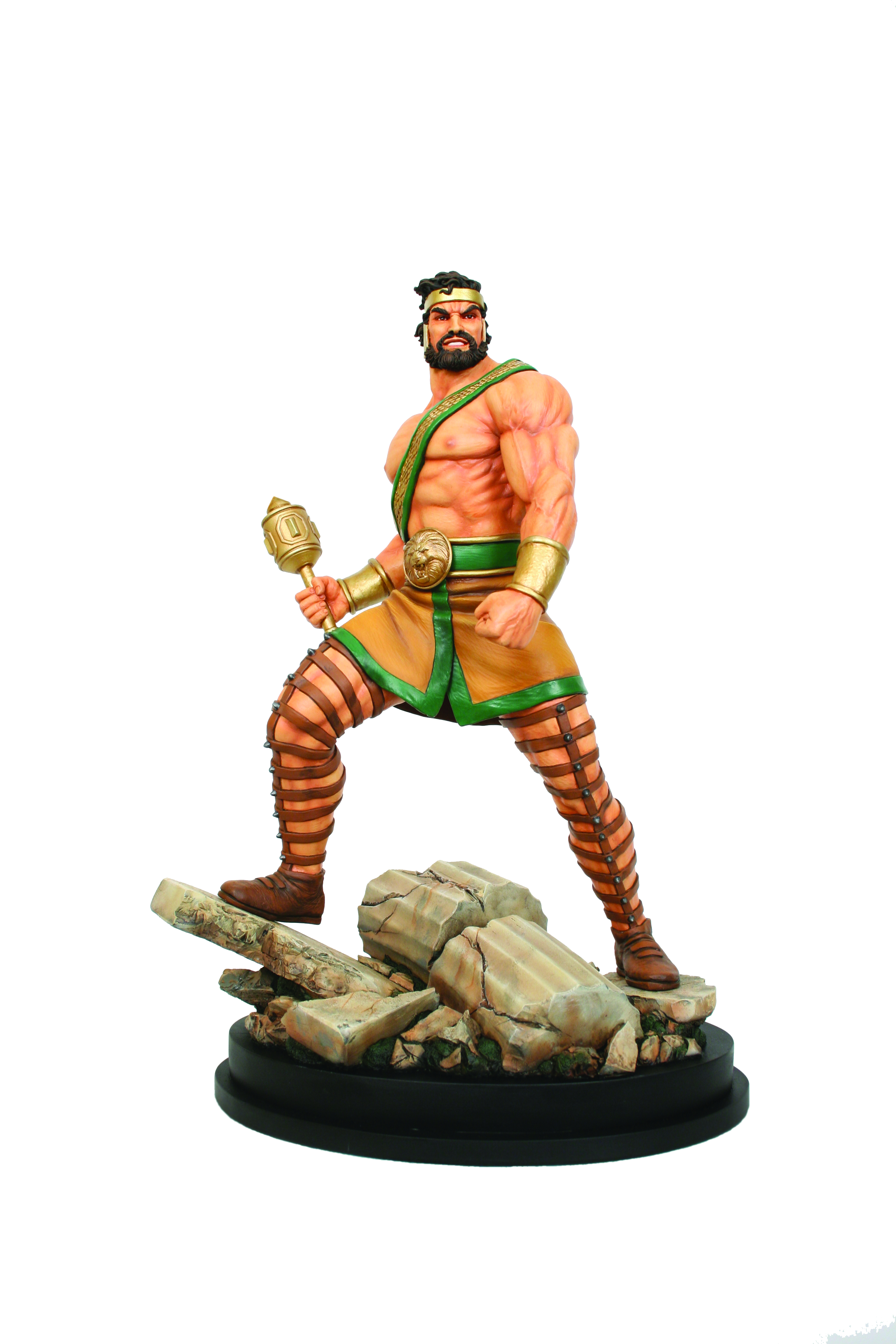 SEP101535
A Bowen Designs Sculpt! The son of the Greek god Zeus, Hercules has long been a fixture in the Marvel Universe. First appearing as a rival to the Norse god Thor, then as a match for the Incredible Hulk, Hercules became a valued member of the Avengers, serving alongside heroes such as Iron Man and Captain America for many years, then founded his own team, the Champions and starred in his own series, The Incredible Hercules. Standing over 14" tall, the Prince of Power is sculpted by Mark Newman.