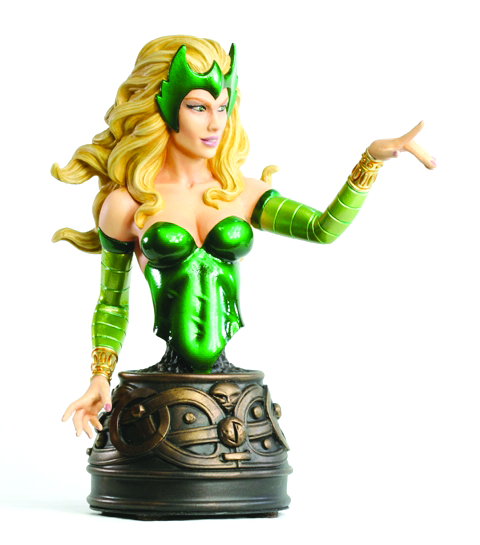 SEP101534
A Bowen Designs Sculpt! Long has Amora, better known as The Enchantress, vexed Asgard's god of thunder, Thor. In Asgard, as children they were friends; he was the son of the lord Odin, she was the one who picked Asgard's golden apples. As adults they were often rivals, sometimes partners, and occasionally lovers as she attempted, in vain, to weave the spell that would capture his warrior heart. From the pages of Thor, The Enchantress is brought to life by Mike Cusanelli as a stunning 6" tall mini-bust.