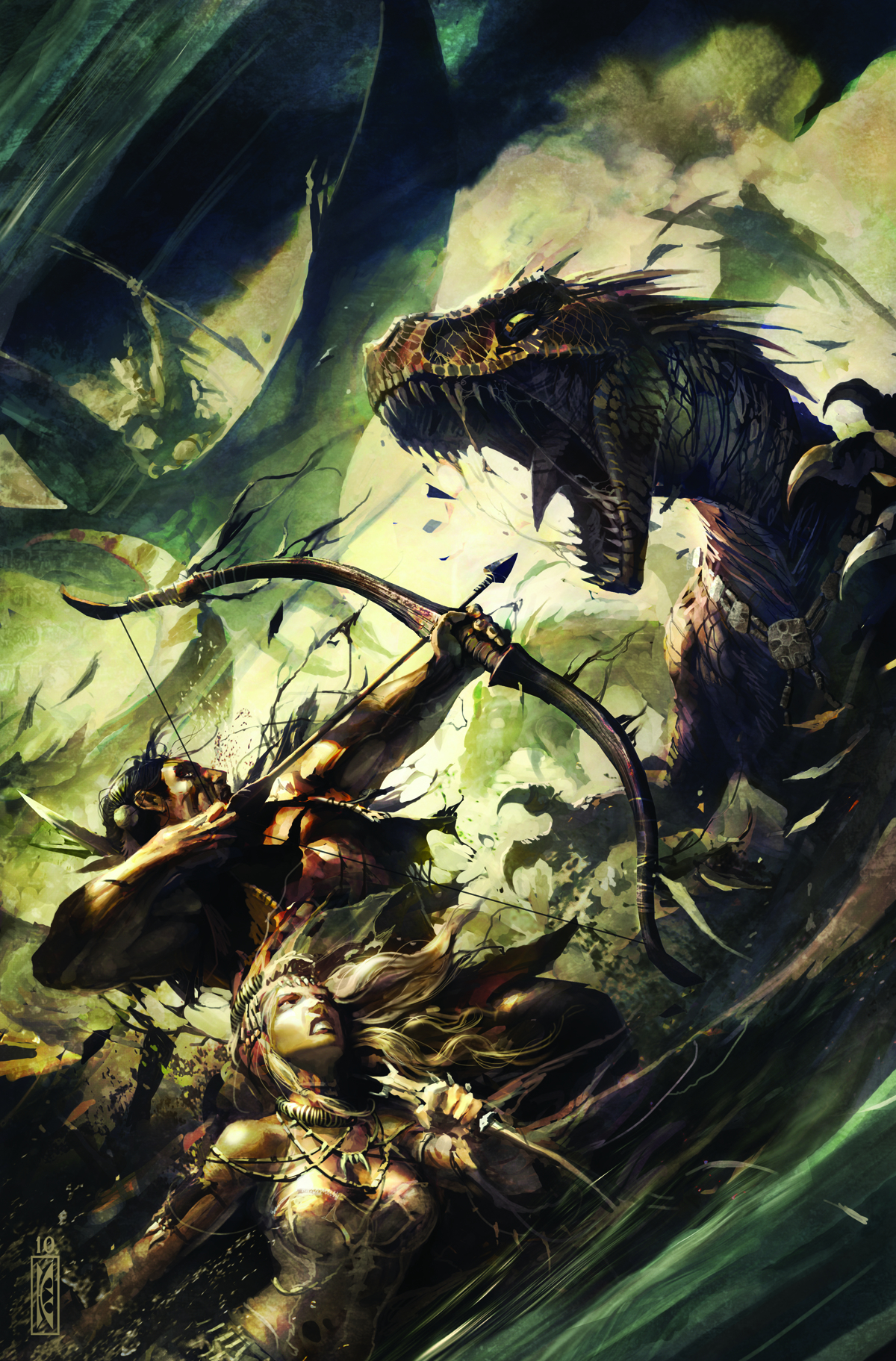 SEP100036
(W) Gaylord DuBois, Paul S. Newman (A) Ray Bailey, Bob Fujitani, Rex Maxon, Giovanni Ticci (CA) Mo Gollub
Jim Shooter (W), Eduardo Francisco (A), and Raymond Swanland (Cover)
Swept through a cataclysmic rift in space-time to a timeless land where dinosaurs rampage and wonders abound, Native Americans Turok and young Andar struggle to survive. The invincible wizard-warrior Thunder-Hand leads the army of the Aztec god-king Maxtla against the proud, fierce Panther Warriors, mowing them down like wheat before the scythe. Maxtla's bloodthirsty warriors overrun the tree fortress of the Panther People, where Turok and Andar have been taken. The invaders seize Andar, and Thunder-Hand has his sights on the alluring Aasta, goddess of the Panther People. Standing in Thunder-Hand's way is Turok, Aasta's champion, protector . . . and lover?