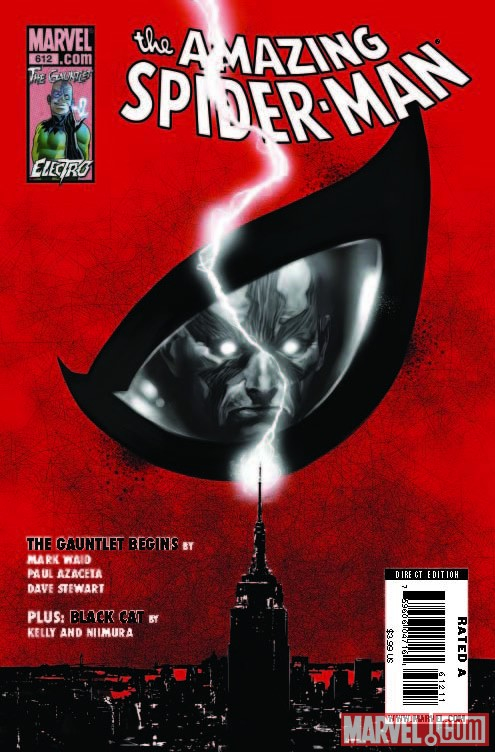 SEP090402
(W) Joe Kelly, Mark Waid (A) Paul Azaceta, JM Ken Niimura (CA) Marko Djurdjevic
Written by MARK WAID
Penciled by PAUL AZACETA
Cover by MARKO DJURDJEVIC
50/50 Cover by ADI GRANOV (see Previews cover)
Variant Cover by ED MCGUINNESS
"POWER TO THE PEOPLE" PART 1-They're Hunting Spiders...THE GAUNTLET begins here! The event that redefines Spider-Man's classic arch-enemies one by one starts with one of his deadliest - Electro!  Destitute and desperate, conned out of his life's meaning and worth - Max Dillon becomes the voice of the common man against the brutal injustice of a system overloaded by greed. With Spider-Man already looking over his shoulder. Mark Waid and Paul Azaceta bring you the story of a hero with everything to lose against a man with nothing left to gain. Prepare for death's short, sharp shock. Prepare for Electro.
40 PGS./Rated A ...$3.99