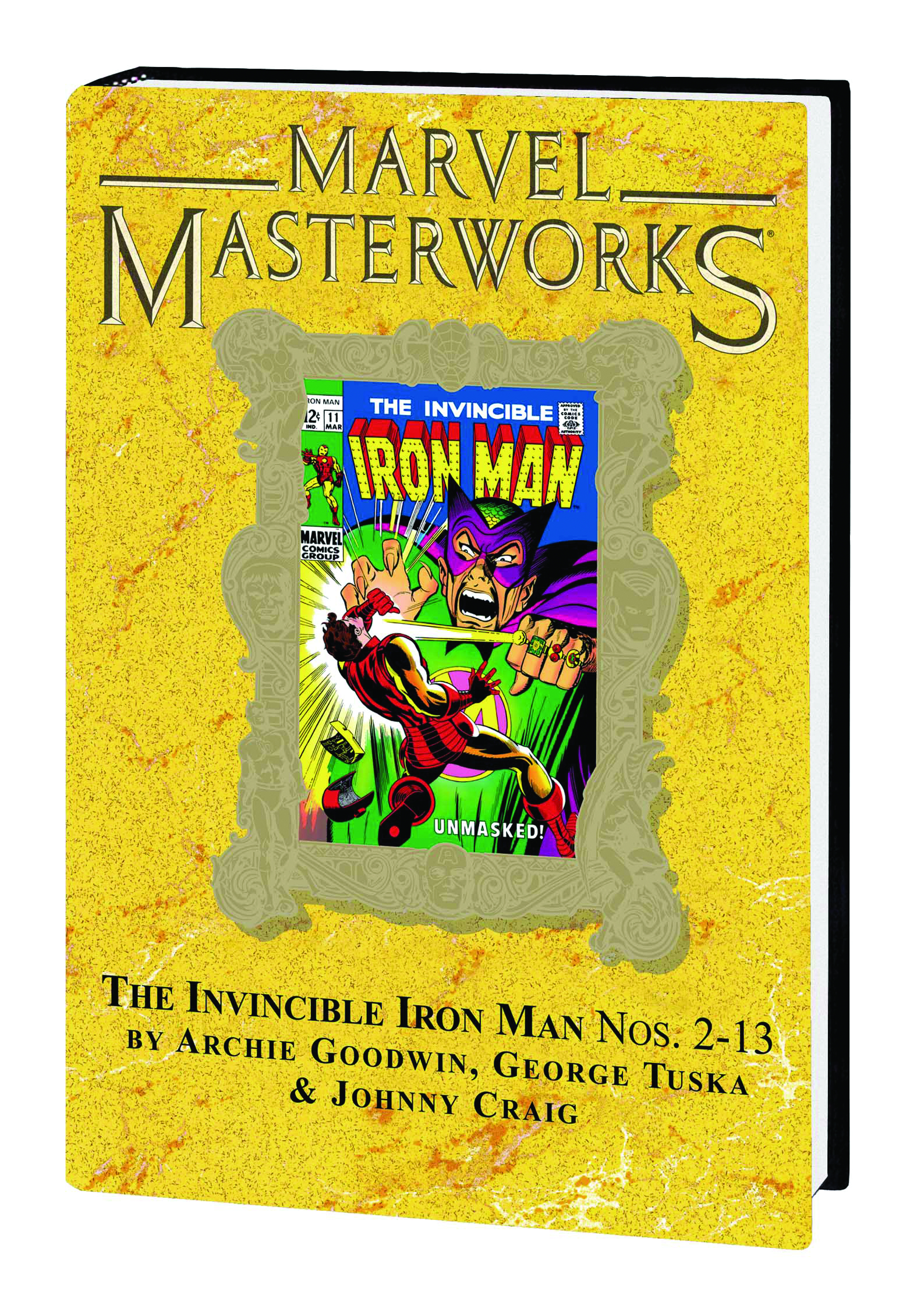 SEP082430
(W) Archie Goodwin (A) Johnny Craig, George Tuska
Written by ARCHIE GOODWIN
Penciled by GEORGE TUSKA & JOHNNY CRAIG
Cover by GEORGE TUSKA
Step back from the big screen and jump into the tales that made Marvel's Iron Avenger one of the world's most-famous super heroes! It's a new era for comics' most of sophisticated scientist/socialite, Tony Stark, as Archie Goodwin, E.C. Comics great Johnny Craig and the iron man of IRON MAN illustrators, George Tuska, take you on an amazing set of adventures! Just to warm you up, we've got Happy Hogan transformed into the Freak, one of Iron Man's earliest enemies back to settle a score, a wild adventure into the far-flung future and a good, old-fashioned bash-'em-up with the Crusher teamed with a twisted-metal duel with the buzzsaw blades of the Gladiator. And now, the main course! Iron Man's oldest and evilest of enemies, the Mandarin, returns and pushes the Golden Gladiator to the breaking point. First, he pits Iron Man against the Incredible Hulk in a battle of the titans that only one will walk away from, and then he tears him down with his discovery that Tony Stark is Iron Man! It's an all-time Iron Man classic that's so great that for good measure, we're also bringing you the carnage of the Controller, a threat so awesome that it brings Iron Man together with Nick Fury, Agent of S.H.I.E.L.D. to stop it! Collecting IRON MAN #2-13.
272 PGS./All Ages ...$54.99
ISBN: 978-0-7851-3493-0
MARVEL MASTERWORKS: THE INVINCIBLE IRON MAN VOL. 5 HC - VARIANT VOL. 107
ISBN: 978-0-7851-3494-7
272 PGS./All Ages ...$54.99