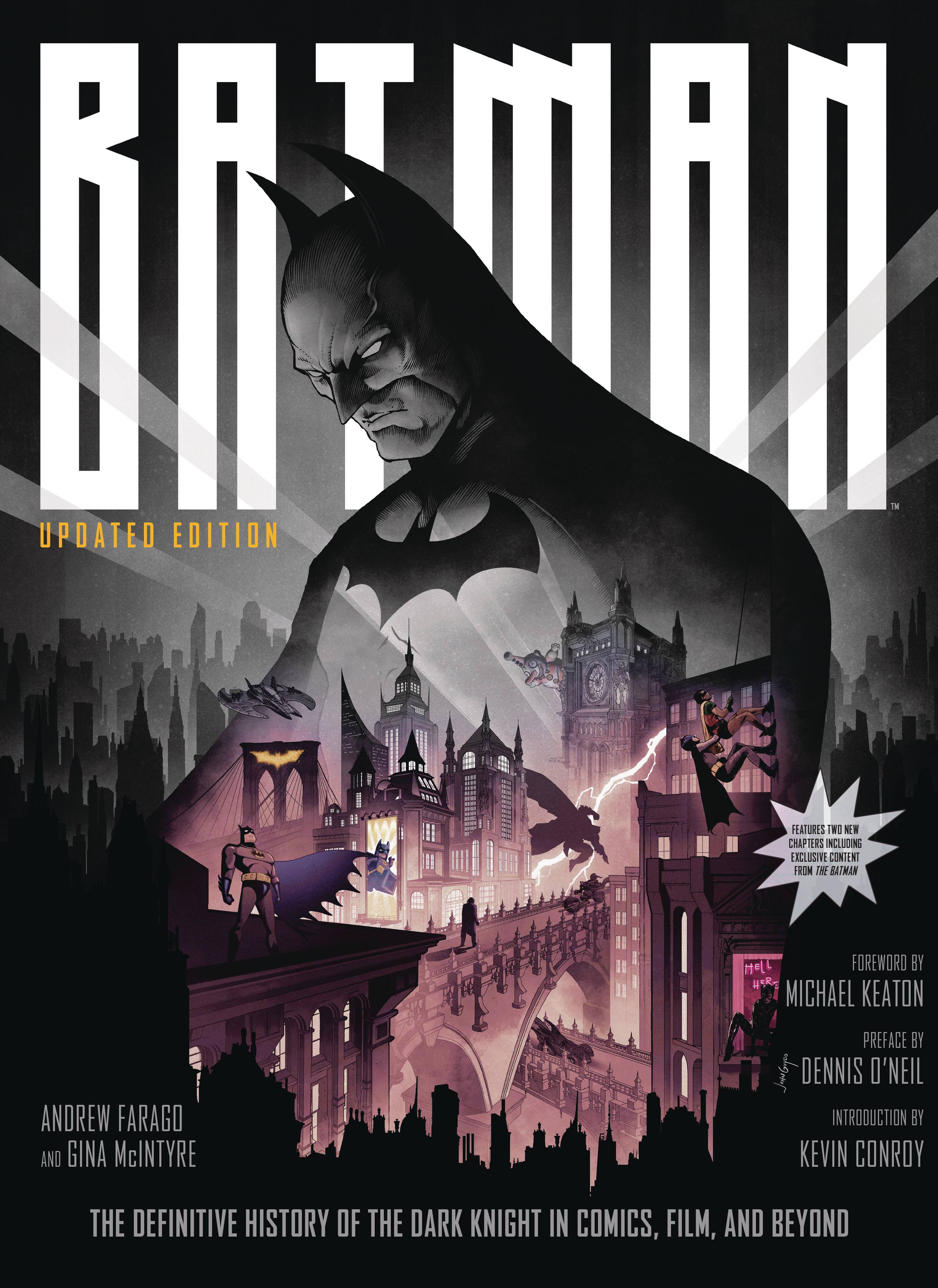 #
OCT221772
(W) Andrew Farago, Gina McIntyre
Explore over eighty years of Batman history in this updated official edition featuring a wealth of new content, including a new chapter on acclaimed feature film The Batman. Since his 1939 debut in the pages of Detective Comics, Batman has become an icon, instantly recognizable the world over. This deluxe edition explores the Batman across comics, TV, animation, film, video games, and beyond, to present a compelling portrait of one of the most recognizable and versatile characters in the history of fiction. Covering the complete history of Batman in vivid detail, this deluxe edition features exclusive commentary from the key creatives who have been instrumental in building the Dark Knight's ongoing legacy.
In Shops: Nov 30, 2022
SRP: $75.00
ORDER WISH LIST