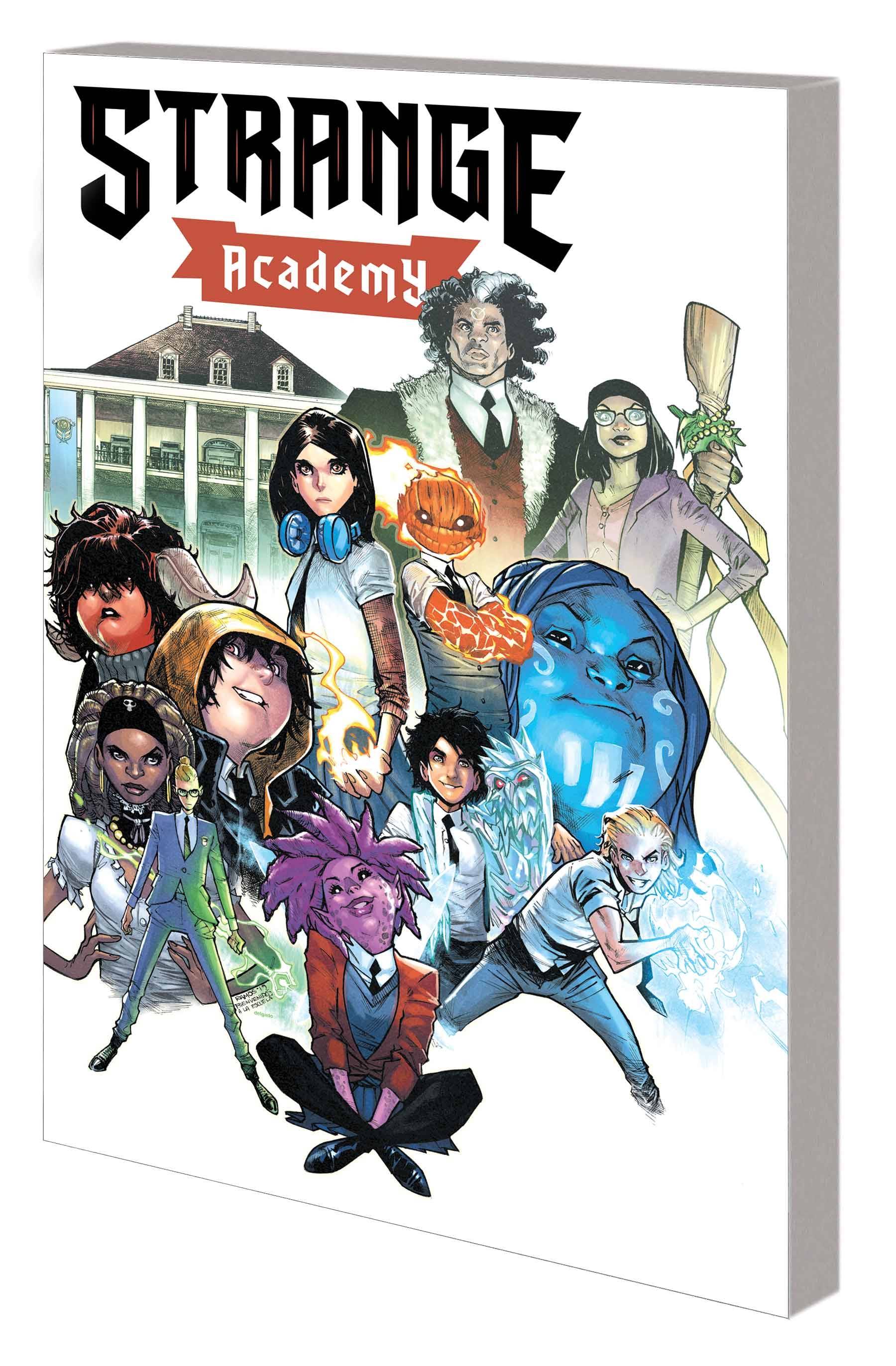 #
OCT221029
(W) Skottie Young (A/CA) Humberto Ramos
The Marvel Universe's first school for sorcerers throws open its doors! Doctor Strange has finally established an academy for the mystic arts, bringing together young people from across the cosmos with an aptitude for magic to study under tutors including Doctor Voodoo, the Ancient One, the Scarlet Witch, Magik, Daimon Hellstrom and all your favorite Marvel mages! From mindful Mindless Ones to pan-dimensional games of tag, the Strange Academy definitely lives up to its name - but the students' first field trip lights a fuse that will blow up in a big way! Tragedy strikes, hearts are broken, uncanny new abilities manifest and a huge secret is revealed! The Academy's extraordinary curriculum will take the class from outer space to Asgard - and if a shocking murder mystery isn't traumatic enough, Parents' Day sure will be! Collecting STRANGE ACADEMY #1-12.
Rated T
In Shops: Jan 25, 2023
SRP: $39.99
ORDER WISH LIST