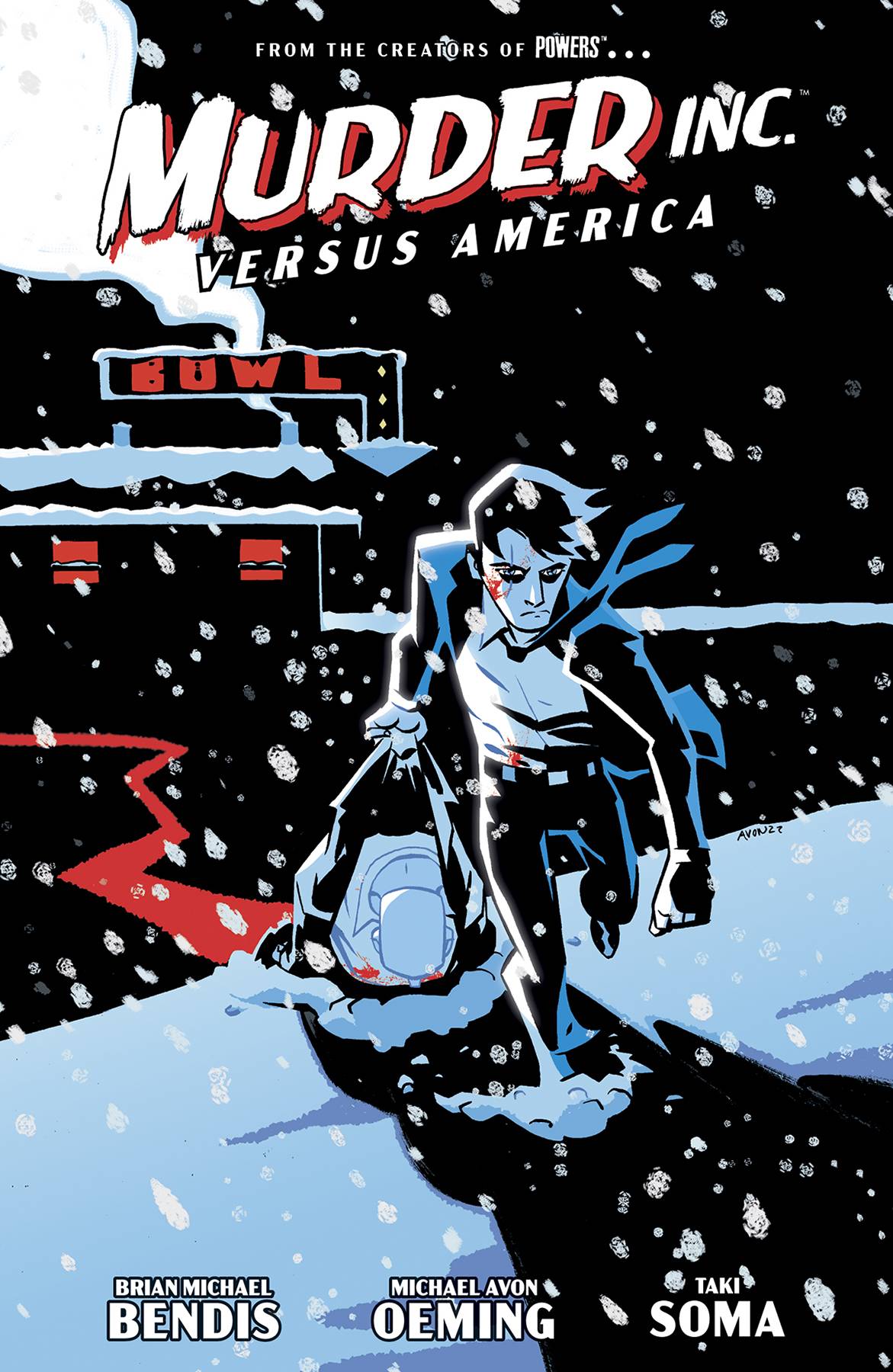 #
OCT220461
(W) Brian Michael Bendis (A/CA) Michael Avon Oeming
Meet Jagger Rose. She is only twelve years old. Her father was just murdered. As family tradition would have it, she will be given an opportunity to exact revenge on her father's killer. The greatest assassin the world will ever know is born.

Years ago, the five families of organized crime had such a stranglehold over the American public that the U.S. government found itself forced to give up part of the country or lose all of it. Now the unrest between America and the families has come to a boiling point. A war is about to come-a war no one is ready for. Newly-made man Valentine Gallo and mob hitwoman Jagger Rose find themselves torn over which side of the war they want to be on. Collects the United States vs Murder. Inc #1-#6 along with a brand-new cover by Michael Avon Oeming!
In Shops: Feb 01, 2023
SRP: $19.99
View All Items In This Series
ORDER SUBSCRIBE WISH LIST