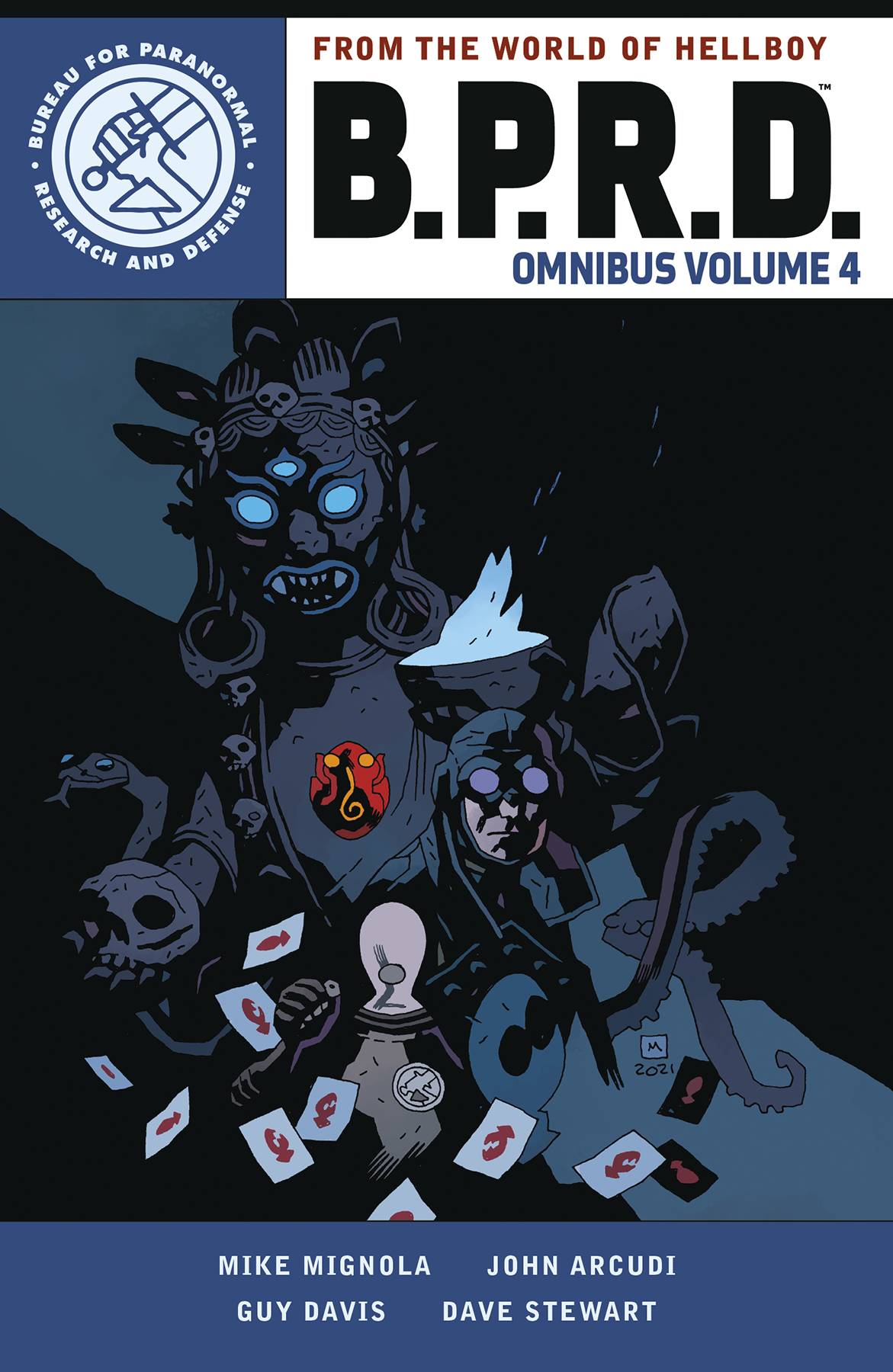 #
OCT220431
(W) John Arcudi, Mike Mignola (A) Guy Davis (CA) Mike Mignola
The Bureau for Paranormal Research and Defense sends its team to permanently wipe out a subterranean colony of frog monsters. The team tracks down Memnan Saa's hideout, but soon find themselves in over their heads when old enemies--including the Black Flame--arrive to lay waste to the world.

Mike Mignola and John Arcudi are joined by Guy Davis to close out the Plague of Frogs in this omnibus collection of the B.P.R.D. series!
In Shops: Feb 22, 2023
SRP: $29.99
View All Items In This Series
ORDER SUBSCRIBE WISH LIST