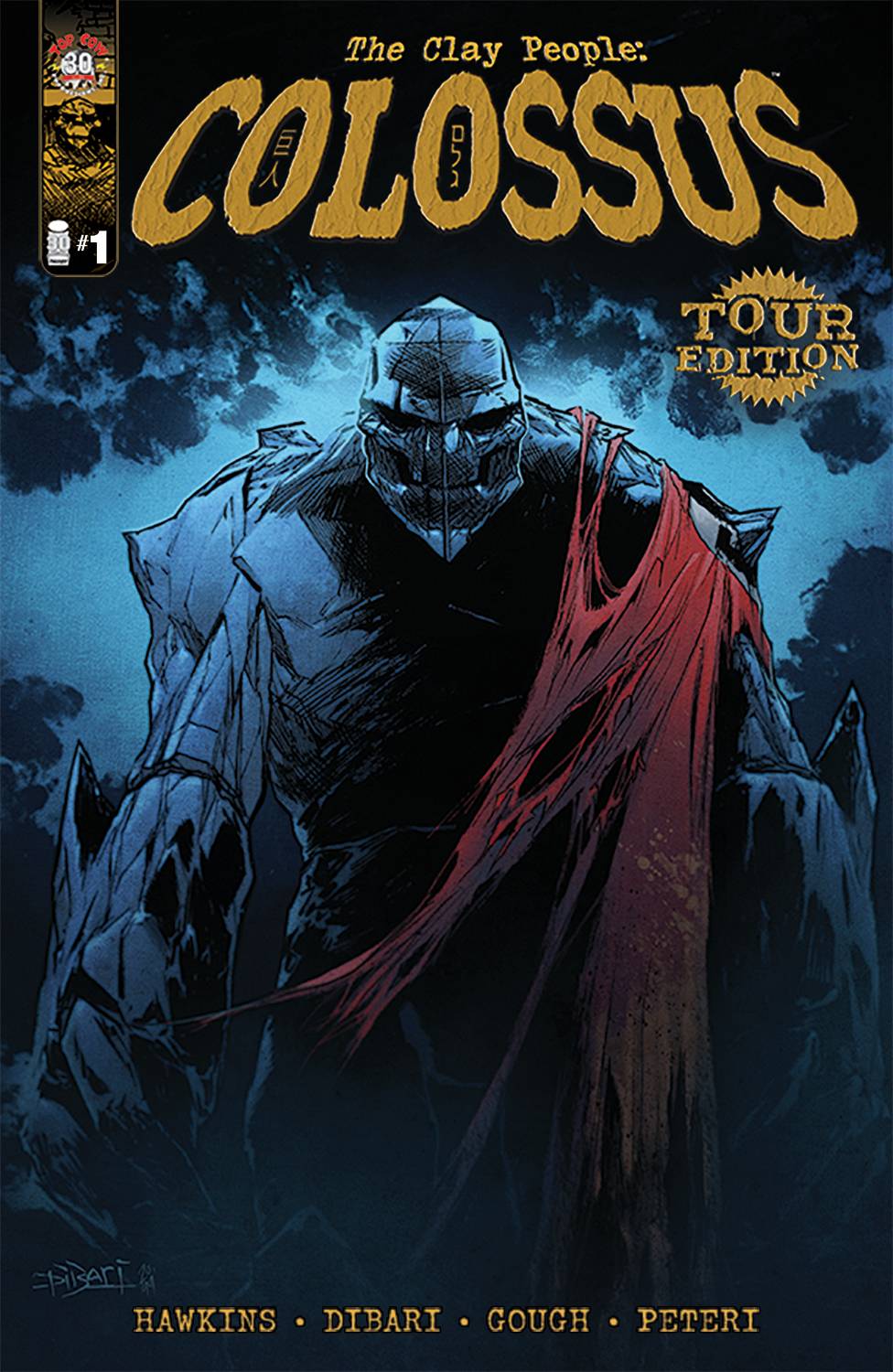 #
OCT220051
(W) Matt Hawkins (A) Christian Dibari (CA) Christian DiBari
A biracial boy in the Midwest uses a supernatural gift from his grandfather to push back against two older boys who are terrorizing him. In a tale inspired by the song "Colossus" by heavy metal band THE CLAY PEOPLE, intolerance, drug addiction, poverty, and boredom collide into a perfect storm of grisly revenge!
THE CLAY PEOPLE is a rock band hailing from Albany, New York. The band's self-titled debut album was released on Mercury/Slipdisc records; their furiously propulsive lead single "Awake" climbed the radio charts and launched the band into an international touring act with the likes of Disturbed, Staind, Clutch, Rob Zombie, Static-X, Stabbing Westward, and Filter. "Colossus" is from THE CLAY PEOPLE's latest album, Demon Hero.
This exclusive signed edition features a foil logo and is limited to 500 copies!
In Shops: Dec 14, 2022
SRP: $15.00
ORDER WISH LIST