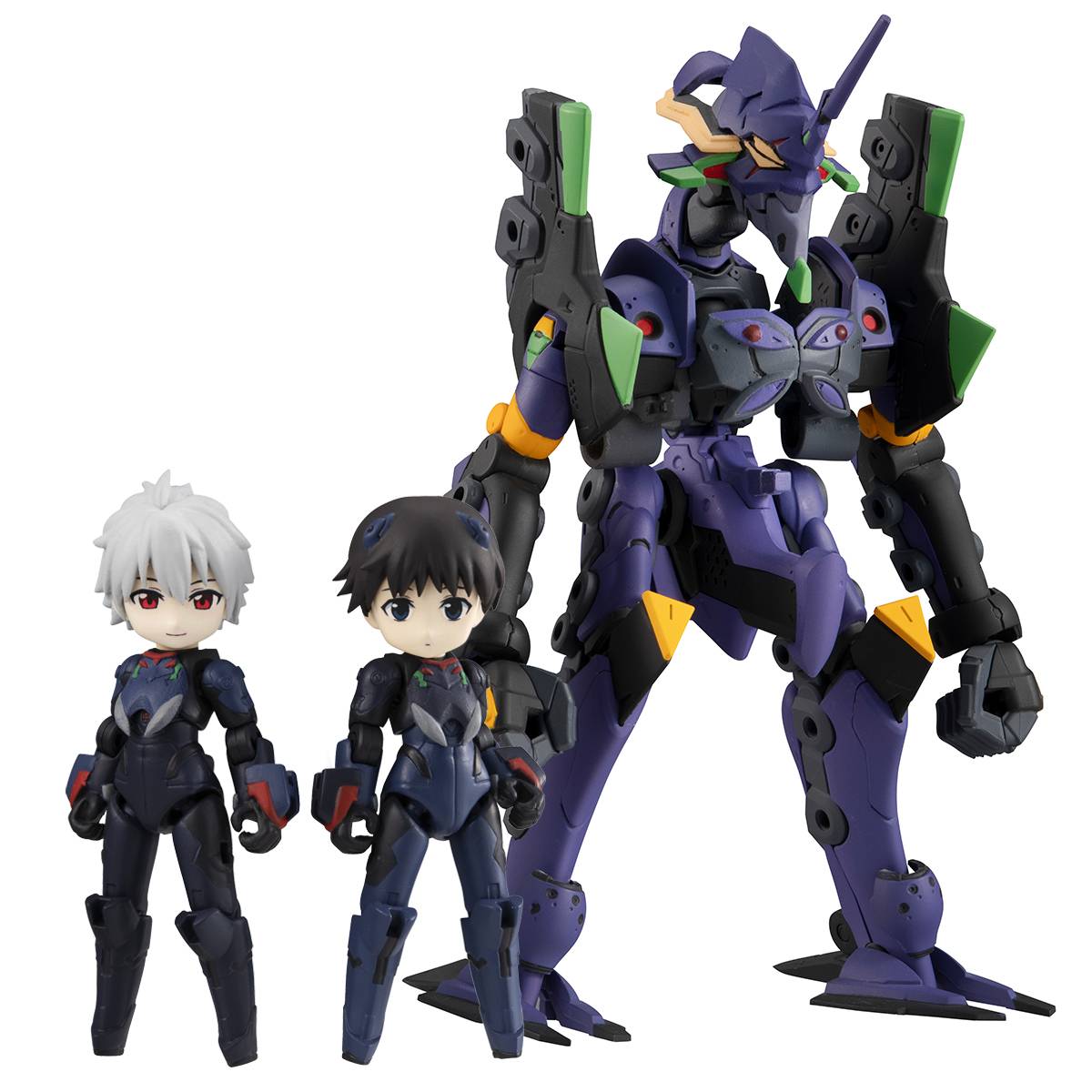 # # # # #
OCT218843
From Megahouse. From Rebuild of Evangelion comes a Desktop Army set of figures featuring Shinji Ikari & Kaworu Nagisa with Evangelion Unit 13. Kaworu Nagisa features an all-new sculpt while Shinji has a new face plate: both are wearing the black plugsuits from You Can (Not) Redo. The Evangelion Unit 13 allows both figures to ride recreating the Double Entry System in Desktop Army size, and it also comes with parts that allow it to be posed with the iconic sub-arm parts; choose to display with either four or two arms! The series is compatible with all previously released figures in the Desktop Army series, so you can also mix and match for all sorts of options!